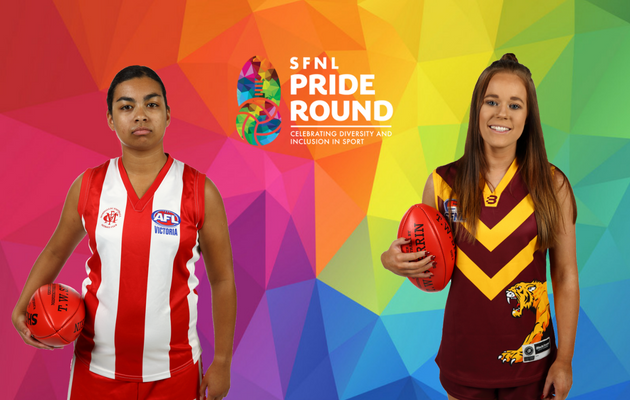 This one looms as a bit of a mis-match with the winless Highett hosting the second-placed Oakleigh District on Friday night.

Although they’ve been outclassed the Bulldogs have fought out games bravely and have shown improvement in their scoring output in recent weeks. Unfortunately, they will be no match for a strong Districts outfit looking the strengthen its grip on second spot.

Mordi and Lyndale will do battle on Saturday morning to kick start the Pride Cup triple-header at Ben Kavanagh Reserve.

The Bloods and the Pumas are two of the three teams currently locked on three wins and this contest is shaping as a pivotal one in the context of the finals race.

Victory here for the Bloods will help it solidify fourth spot given its superior percentage of 94.12%, while a loss for the sixth-placed Pumas would be a major setback as its percentage is significantly lower than that of the two sides above it (45.95%).

While Lyndale will be buoyed by its victory over Endeavour Hills last week, the Bloods will be fired up keen to atone for its poor performance against the Beena last week, particularly in front of an expected large home crowd. An intriguing battle awaits.

On Sunday the Falcons play host to a Vampires’ side entrenched in the top three.

Endeavour Hills may only have two wins on the board in 2018, but their girls play with plenty of passion and spirit and will certainly challenge their more fancied opponents. But with the double chance on the line, East Brighton will do everything in their power not to let this one slip.

Fresh from their confidence-boosting victory over Highett last week – their third of the season – the improving Bentleigh takes on the competition’s benchmark in Murrumbeena.

The Beena were again dominant last weekend in keeping another clean sheet and are looking ominous as the finals approach. The Demons will not go down without a fight, but the flag favourites will be too strong.

After two impressive wins in recent weeks, Clayton will take on the third-placed Doveton Eagles in an attempt to continue their good form and push for a top four spot. Doveton are a good opposition, having lost just one match all year to Frankston, back in Round 1. With both teams playing well recently, this is looking to be a match full of intensity as both teams have plenty to play for.

Two top four sides who last week, suffered unexpected losses, will face off in a bid to prove they are still forces to be reckoned with heading into the pointy end of the season. Only percentage separates these two teams on the ladder, and the winner will have the chance to move a spot up.

Port Melbourne and South Yarra are two teams who have started to show something in recent weeks, with Port Melbourne taking their first win prior to their bye last week, and South Yarra playing in some good contested matches. The clash between 7th and 8th, will be one to watch and supporters can expect a hard fight from both teams.

Hallam will be hosting the first-placed Lyndhurst this week, with both teams coming off impressive wins. Hallam got their first win last week and will be looking to feed off that momentum. Lyndhurst kept Frankston scoreless for the first time this season, so will come into this match pumped up.