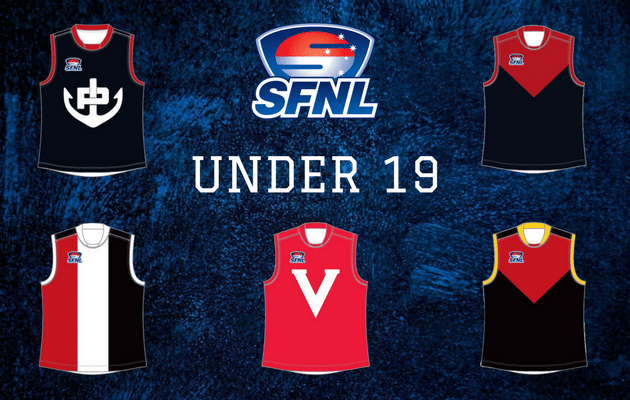 
Listen back to this week’s The 5th Quarter podcast, featuring East Brighton’s Greg Young as the special guest, in the player above.

Bentleigh jumped to their third straight win of the season against Endeavour Hills, toppling over their opposition by 46 points at home.

Endeavour Hills were kept to just two points at half time, trailing by 28 as the home side asserted their dominance from the get-go.

After the main break, the visitors were able to generate a response booting 3.1, but this was no match to Bentleigh who preceded to kick 5.1 of their own.

Down by 40 points heading into the final term, Endeavour Hills’ scoring continued to struggle with a 1.3 effort. The Demon’s effort to restrict the visitors scoring damage here was pivotal, with six individual goal kickers from Bentleigh proving too strong on the day.

Matthew Rogerson was best for Endeavour Hills who will undeniably return to bite back in Round 3. Round 2’s Leading Rising Star nominee Luke Nunn had another standout match with four goals to his name, alongside teammate Daniel Smith who provided a best on ground effort for his side.

In a 2017 Grand Final rematch, it was St Kilda City this time who came out on top by a whopping 67 points.

With the heartbreak of their loss in September serving as a fevering motive, City bounced to the lead over the home side by 12 points heading into the first break. In a low scoring second term, Oakleigh struggled to penetrate a formidable City defence, restricting them to only two points to City’s nine, and only 15 points divided the rival sides at half time.

A determined City returned after the main break, piling on 10 goals to Oakleigh’s two in the last half. Here, James Nyanjok starred next to Matthew McNaughton who was a force in the forward line booting four goals.

Despite a tireless effort from Oakleigh’s best Gianluca Cappiello and Zion Nelthropp, a hungry City were too powerful in this match, taking a major step towards redemption in 2018.

Hampton suffered a tough loss at the hands of Parkmore / Springvale, as they went down by 124 points.

Parkmore / Springvale were relentless towards the visitors, booting 19 goals – with 17 behinds stopping what could have been an even bigger margin.

Parkmore / Springvale remain undefeated heading towards Round 4, and leave Hampton still searching for their first win on the board.

In a battle for their first win of the season, it went down to the wire as East Brighton snuck the win from Keysborough, singing their song for the first time this year.

A solid start from East Brighton left Keysborough chasing throughout the duration of this game, leading by nine and seven points at the first two breaks respectively.

The third term was neck and neck, with Keysborough sneaking in and outscoring the Vampires by two points, and with a five-point margin heading into the last term, the game was anyone’s up for grabs.

Despite the home side coming home hard, it was East Brighton’s early efforts that saved them, and an outstanding effort from their best Fraser Young who secured them their deserved first win of the year.

Jarrod Sutherland was best for a hopeful Keysborough, and Simon Marchese was notable in the forward line with a three-goal haul.

11 separate goal kickers marked a true team effort for the Dingoes, including three a piece from Taj Lewis and Remmi Faulkner-Wood.

Keeping the visitors silent for three terms, Dingley continued to pile on the damage, rubbing salt into Cheltenham / St Pauls’ wounds with eight goals in the final term.

Cheltenham / St Pauls were able to boot 2.1 of their own in the final quarter, but it was simply not enough against a strong Dingley outfit, who are proving a force to be reckoned with in 2018.