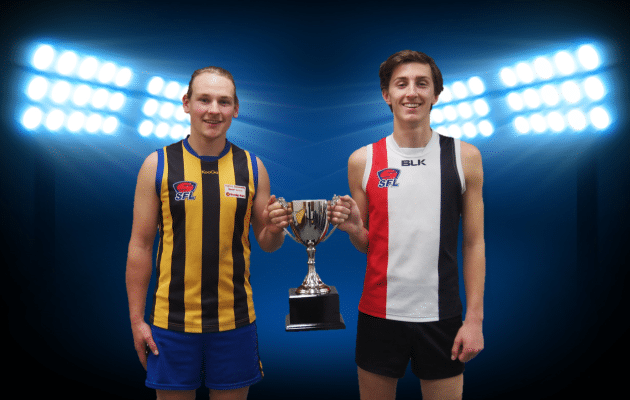 After a convincing victory over Oakleigh District in last week's Preliminary Final, reigning premiers St Kilda will now get the chance to play Hampton in a rematch of the 2015 Grand Final.

The Hammers, enter the game as the likely favourites given their standing and initial finals win against the Saints. But you simply cannot discount St Kilda with the scoring power they have at their disposal. Personally, I think this game is a 50-50 and I will sit on the fence!

While Hampton had a 5.5% higher win percentage during the regular season, finals experience will be very important. Ryan Carroll, Troy Smith, James Gascard and Izaiah Elisaia will be absolutely vital for the Hammers. With 40 goals, Carroll will need to be stopped, especially given the support he has had from other parts of the ground.

For St Kilda, Mykelti Lefau has been a goal kicking machine this season and with five goals against Oakleigh, the star forward is in impressive form. Despite only managing one major in their previous fixture with Hampton, the Saints were still able to stay close and that may provide the Hammers with some concern.

Nevertheless, this game has been coming for quite some time. The two best sides to face-off for the second successive season in the Grand Final is a reflection of the way they develop their talent.

Don’t miss this one, it will go down to the wire!