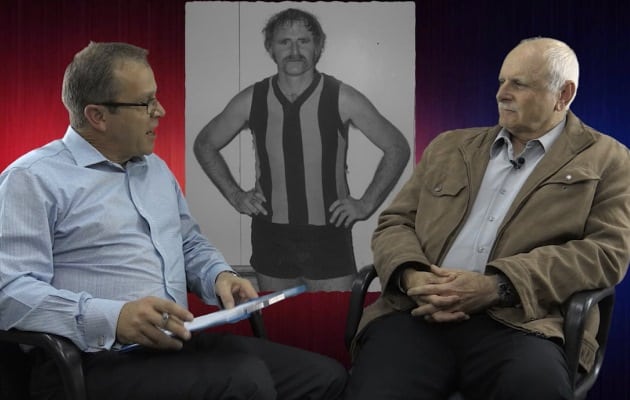 
Don’t miss your chance to see Garry and the five other worthy inductees honoured at the 2016 SFNL Hall of Fame. CLICK HERE for further details on the event and to book your place.

Garry Matlock’s contribution to Bentleigh Football Netball Club has long been recognised, and it is fitting that his devotion is now being rewarded with induction into the SFNL Hall of Fame.

Matlock started playing at Bentleigh the year he turned 21, and by the end of that season he was one of many youngsters in a senior premiership side.

He reflects on his memories at the time.

"To win a premiership in the first year was fantastic.  I thought, how easy is this.  But I can tell you what.  That was 1968.  Bentleigh seniors never won a Grand Final again until 1990," Matlock said.

Despite the lack of a second taste of the ultimate success as a senior player, Matlock’s passion for the club has never wavered.

He went on to play 283 games for Bentleigh in a career that did not end until 1988, and was the first to reach the 250 game milestone for the club.

Matlock was a versatile player, spending time at centre half back, centre half forward and full forward, and finished with 315 goals to his name.

He says he was “a fairly defensive type player”, but was able to take a mark so fitted in well in the forward line too.

When needed, Matlock helped out in the ruck, although he was not quite tall enough to be the main ruckman.

During his onfield career, Matlock was twice recognised as Bentleigh’s most consistent player.

He explains that for each Bentleigh game there are three voting cards issued to coaches or committee people who each choose their top six players.  Any player named on a card gets a point towards the 'Most Consistent’ award, whilst the top three players on the card get votes towards the Best & Fairest.

Matlock discusses what receiving recognition as Bentleigh’s most consistent player means to him.

"Those awards to me were great.  If you're in the best five or six players each week you are doing the job which your coach asks you to do," Matlock said.

Such is Matlock’s willingness to contribute whenever he is needed, he played a game for the Bentleigh reserves at the age of 50 when the team was short of players.

Unsurprisingly, it was not a successful comeback.

"That was far from an auspicious event.  Handballs zero, kicks zero.  The mind was telling me what to do, but the body wasn't," Matlock revealed.

But the fact he was out there reflects the clubman he is.

Such is the regard in which Matlock is held, he is an inaugural member of Bentleigh Football Club’s Hall of Fame.

That honour was bestowed in 1993 by which stage he had already contributed significantly to the club after his playing days ended.

In fact, he took on the role of club President in 1980, combining it with being a player, before continuing in the position after his retirement from the field.

During his presidency he initiated a partnership with Bentleigh Junior Football Club, resulting in the formation of Bentleigh Football Club Under 17s and Under 18s.

Matlock was President until the end of 1992 and recalls the excitement and the sense of achievement when the club broke its senior premiership drought.

“In 1990 we won the seniors and reserves premierships and a lot of those players had come through from the Bentleigh Junior Football Club,” he said.

This reflects the long-term view he took at the club and the tight knit environment Matlock helped create there.

When Matlock finished his presidency, he did not walk away from responsibility at Bentleigh.  Instead he became the club’s Secretary for the 1993 season.

He has also been Team Manager, Vice President, and General Manager, before assuming the presidency again in 2009.

This second stint as President began after Bentleigh had moved from the SFL to the VAFA, and Matlock helped guide the club through some difficult times, financially and administratively.

He believed it was in the club’s long-term interest to return to the SFL and played a key part in bringing this about.

Matlock gives credit to his fellow SFNL Hall of Fame inductee, Mark Seymour who was also instrumental in returning Bentleigh to the SFL.

There was resistance to the move at the time from some in charge at the club and Matlock says Seymour was so persuasive it resulted in the vote to return being unanimous.

The respect is mutual and Seymour enthuses about Matlock’s contribution to Bentleigh Netball Football Club.

"Anybody who knows him speaks well of him, especially in football circles," Seymour said.

As well as the time Matlock has contributed to Bentleigh, he also had a career in education.

He was Principal of Seaford Primary School for 14 years and credits his wife and daughters for enabling him to combine his responsibilities in football and at the school.

His eldest daughter, Karen was a trainer at Bentleigh.  His wife, Libby sometimes ran the canteen.  His daughters worked in the canteen too.  Libby was also Secretary and Treasurer at the club at various times.

His family has also played a significant role at Bentleigh through their involvement in netball.

Matlock was supportive of the club becoming involved in that sport, although he says he wasn’t directly responsible for getting Bentleigh’s netball sides going.

Libby coached and daughters, Karen, Helen and Stacey all played.

Matlock sometimes went to support Bentleigh in the netball instead of going to the football, but his enthusiasm was not always appreciated.

“I had netball in my family. The only trouble was that after a while they barred me from going because I used to get a bit agitated,” Matlock recalled.

He remained as club President until the end of the 2015 season.

In fact, he has three roles there.

He is Secretary of the Dragon Club, a coterie group that also raises money for community charities.

Matlock is also Compliance Officer for the club, a position he held when he was President.

His other responsibility is as Bentleigh Football Netball Club community ambassador.

If it was not for Matlock’s firm belief Bentleigh could succeed in the SFL, the club may never have returned from its time in the VAFA.

His belief in the club and its role in our competition has proved well founded.  Bentleigh continues to thrive and, as Matlock points out, offers a path from juniors through to senior level.

Congratulations Garry Matlock on a thoroughly deserved place in the SFNL Hall of Fame.