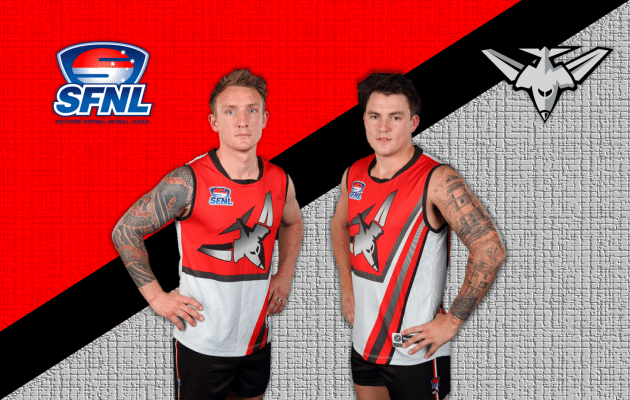 Tweet
The Skye Football Netball Club is proud to announce the appointment of Brad Sinclair as its senior coach for 2018.

Sinclair brings with him a wealth of knowledge and experience after more than 30 years of playing and coaching at various clubs around the country and he has a genuine desire to drive the club to the next level.

Sinclair's playing career began with Clayton, before he was recruited to South Melbourne/Sydney Swans and then St Kilda during the 80s. He began his lengthy coaching journey as a Senior Playing Coach with Dandenong South in 1988, and has since held a multitude of coaching roles around Australia, including at Casey Scorpions, Hampton Park, Rowville, Nilma Darnum, Batemans Bay and a season at Manunda Hawks, which was combined with a part-time role as a Talent Identification Officer with the Brisbane Lions.

Most recently, Sinclair completed a second stint as coach of Phillip Island this season after spending a year on the SFNL Media Team in 2015, where he provided special comments for the Match of the Day broadcast.

"I'm really looking forward to getting back and coaching in the suburbs after spending the past 18 years on the road coaching country football", Sinclair said.

"To come to a club who I have been extremely impressed with regarding their off-field ethic to make it a welcoming environment and a place for families to belong is very exciting. I look forward to working with an exciting list as well as a strong, progressive club in a professionally run competition."

Skye President Christian McGuire said he was thrilled to have Sinclair down at the Hangar and was confident that he could get the most out of their list as they chase success in Division 2.

"We're excited about Brad's appointment and for what we know he can bring to the table. The development of our young list is critical for us to remain competitive and contend for a flag and we feel that Brad is the right man to take us there," McGuire said.

The Bombers have also appointed Faisal Payenda as the reserves coach, while the hunt continues for a thirds coach. Any interested applicants should address their correspondence to Christian McGuire at info@skyefc.com.au.

Skye will be hosting a "Meet The Coach" evening on Thursday 2nd November at the Sands Hotel from 6:30pm.