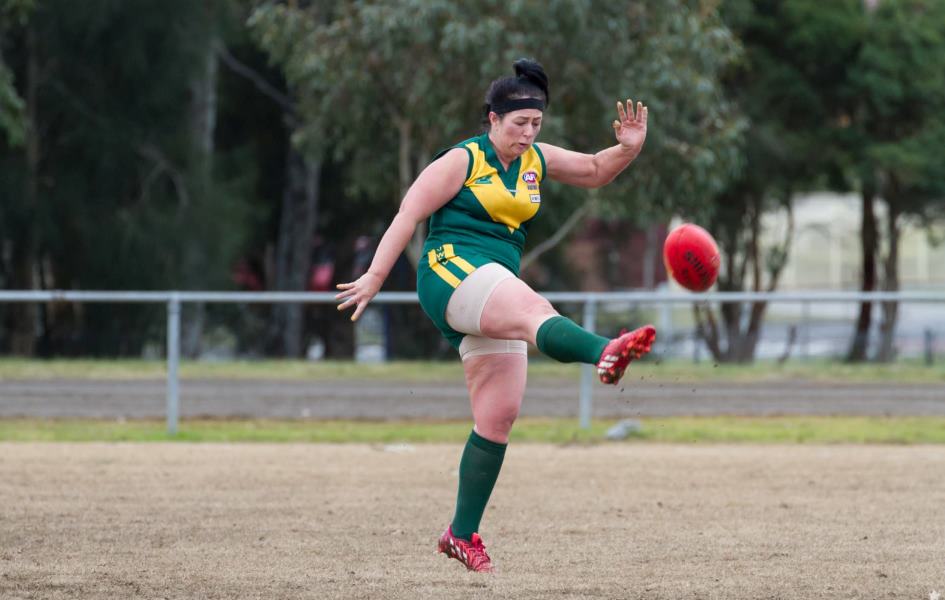 East Brighton has emerged victorious over the higher-placed Oakleigh District by three points at Hurlingham Park.

The Vampires recovered from a three quarter time deficit to kick two final quarter goals and take the win.

Jordan Mifsud and Alexandra Bryant kicked two each for Oakleigh, while Emily McIntyre and Jessica Szalek both continued their strong seasons to be among the best.

Oakleigh finish the season in second place with East Brighton a place behind, ensuring these two sides meet again in next week’s Second Semi Final.

Endeavour Hills has finished off the home and away season with a solid win over Lyndale by 56 points at Barry Powell Reserve.

The Falcons had the lead at quarter time and never looked back with Devi Whelan and Aleisha Lannigan kicking three goals and two respectively. Hayley Heffernan and Siona Pilkington were also key contributors.

For Lyndale, Stephanie Anderson was their sole goal kicker and strong performances came from Michelle Thomas and Jade Lyons.

Endeavour Hills finish the year in fifth place, and with their good form over the last few weeks, will enter next week’s finals full of confidence.

Lyndale finished in seventh place, but with plenty of positives to be taken from their four wins, having come up from Division 2 early in the year.

Murrumbeena has finished the home and away season with another big win, this time beating Mordialloc by 78 points at Murrumbeena Park.

For Mordialloc, Rebekah Sibenaler kicked two goals, while Natalie West and Brydee Ryan were amongst the best on a day.

Murrumbeena finish the year in a dominant first place and will be tough to beat in the finals. Mordialloc finished fourth, ahead of Endeavour Hills by percentage.

Frankston have gotten the job done against Chelsea Heights this week, getting the win and locking in top spot despite a the host giving them an early fright.

Scores were level at the first break, with both teams having scored just the one goal, however this gave the Dolphins enough of a scare to kick four goals in the second quarter and assert some dominance.

Zoe Chasemore and Jillian Cowley kicked three goals each for Frankston, getting the job done with six individual goal kickers.

The win puts them in the top four, giving them a good shot at performing well in finals starting next week.

Hallam have struggled a lot of the year, but fought hard defensively on Saturday despite a lack of scoreboard pressure. Tammy Olsen’s performance was crucial for the girls’ success, while Emma Thomas also kicked a goal for the Eagles.

Clayton have ensured a top four finish this week, beating South Yarra who have also snuck their way into finals.

Stephanie Sandoval kicked four goals to really get the momentum going, while Catrina Mastroianni scored two and Kelsey Tomkins had one. Danielle Fredrickson was outstanding all afternoon away from the scoreboard, and her presence was vital.

South Yarra now finish in sixth position scraping into finals, while Clayton’s mid-season peak has had them finish in third.