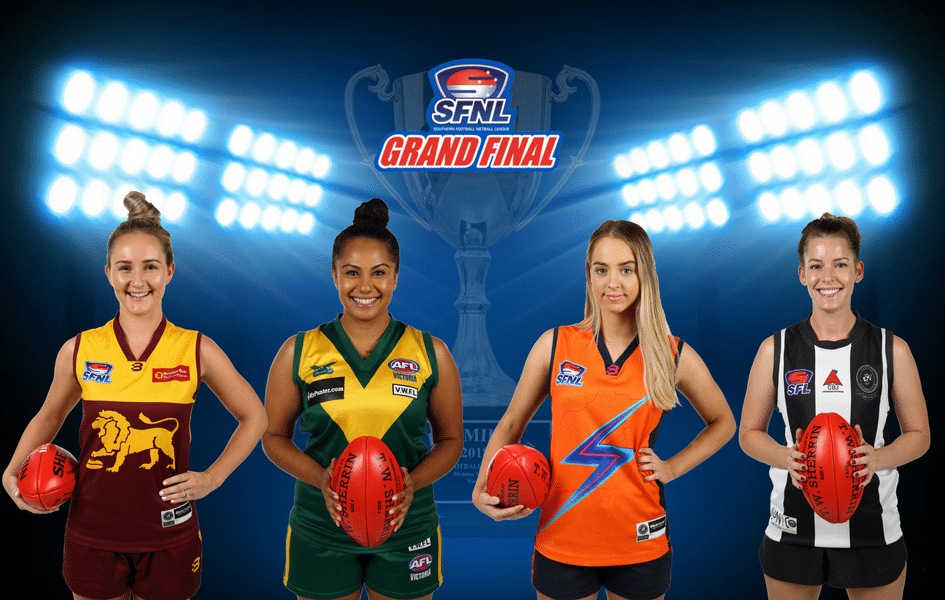 And then there were two!

Minor premiers Murrumbeena and fifth-qualifier Endeavour Hills have earned the right to contest this year’s Division 1 Grand Final following their victories in last weekend’s Preliminary Finals, and the stage is set for a cracking battle between two teams in red-hot form.

For the Falcons, Saturday will be their first appearance on the SFNL’s biggest stage, while the Beena will be out to secure their second straight premiership crown.

As far as form lines go, there have been few more dominant sides in the SFNL over the years, or indeed community football in Melbourne for that matter, than the Beena’s Division 1 team. Since its inception in 2017, this side has never tasted defeat and after the first 10 matches in 2018, its percentage stood at a scarcely believable 3180%.

Endeavour Hills, however, have enjoyed a mid-season resurgence following the disbanding of its SEWFL team. A few of these players have decided to continue their footy at Barry Simon Reserve, and have subsequently filtered down and bolstered the club’s SFNL Division 1 side.

As such, the Falcons have now won six of their last seven matches, including two sudden-death finals, and will be full of confidence heading into Saturday’s decider.

From a talent perspective, Murrumbeena has plenty of it on every line with seven players selected in the SFNL Women’s Division 1 Team of the Year last week. Rebecca Niclasen and Paulina Tragarz loom as the keys in the defensive half, while Grace Bibby, Alice Kovess, Emily Ryde and 2017 League B&F winner Shanae Carter will be constant threats through the midfield.

Captain Lauren Luff always leads by example, and we can expect her to have a big influence in the offensive half alongside Emma Morison, but the most important player to their structure is without doubt Dani Wearne.

A tall and athletic key forward, Wearne topped the league goalkicking this season with a whopping 63 majors and has the ability to roll through the ruck is required. If the Falcons can somehow manage to keep her quiet, they are half a chance to win the game.

However, the Falcons are not bereft of talent themselves. Hayley Haffernan, dubbed “the magnet” internally, has a remarkable knack of finding the footy in all situations and she will no doubt have a massive influence on the result.

Ashlee Ladson returned to the side in July following a lengthy lay off with an ACL injury, and she hasn’t missed a beat since. A classy operator with sublime skills, Ladson is sure to make Murrumbeena pay whenever she has the ball in her hands.

Skipper Stacey Johnson’s leadership and ball-winning ability is vital to the team’s success, as is her capacity to impact the scoreboard, while Devi Whelan, Brittany Charalambous and Amanda Hancock are also ones to watch for the Endeavour Hills.

While Murrumbeena were 191-point winners back in Round 6, the last encounter between the two sides in Round 13 saw Endeavour Hills run them to within five points. This was not only a remarkable turnaround for the Falcons, but was the closest anybody has come to toppling the Beena juggernaut, and would give the side the belief that they can inflict their first ever defeat on Saturday.

How the Grand Final debutants handle the pressure and nerves of the biggest game of the year, however, remains to be seen. The Beena team, on the other hand, contains a wealth of premiership experience, with the vast majority having played in last year’s flag, and they know just what it takes to be successful on the biggest stage.

Ultimately, Murrumbeena’s form, star-studded line-up and premiership experience ensures they are perfectly poised to claim back-to-back flags, but don’t discredit challengers Endeavour Hills, who will certainly be up for the fight.

Two teams in peak condition will face off in this week’s Grand Final.

Lyndhurst have held great form all year and finished as minor premiers, while Clayton peaked halfway through the season and are coming off a huge win against Frankston in last week’s Preliminary Final.

Despite going into this match as the favourites, Lyndhurst would be silly to write off their opponents this week given recent results. They should be paying close attention to Clayton’s ability to thrash teams where they’ve had no right to do so.

This week, both teams will have the belief that they can win but need to know that they will have to work hard for it.