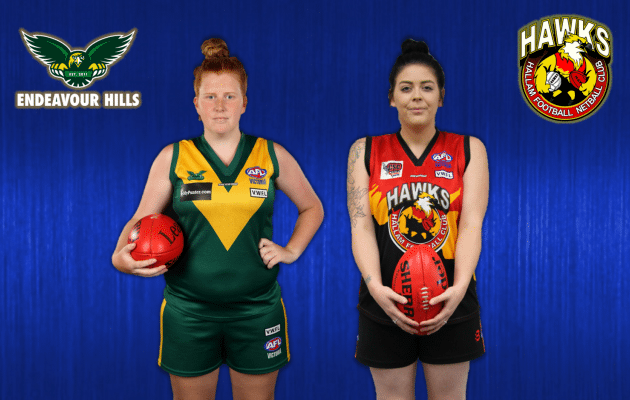 Hallam once again features in the game of the round, this time on the road to face Endeavour Hills on Sunday.

Endeavour Hills come fresh off a thumping at the hands of the top of the table Murrumbeena. They have had a successful record against the teams placed below them on the ladder but have struggled with the top teams. They will look to bounce back against the ninth-placed Hawks.

Hallam was in the game throughout against Highett, but couldn’t take advantage of the wind in the last quarter. They are putting together a very strong midfield and with their physicality will challenge the Falcons.

The classy Vampires had a comfortable win over Lyndhurst and moved to 3-1. Their speed is their real strength and if they get on the outside they could hand Murrumbeena their first loss.

Murrumbeena have been the class of the competition after yet another 100-point victory. They have had the scoreboard dominance all year but need to improve their accuracy to maintain their control.

Highett claimed an important win over Hallam in Round 4 despite missing key players to injury. It looks highly likely that Hannah Bowey returns and her class in the midfield will add to the Bulldogs extremely strong midfield.

Edithvale-Aspendale fell to a fast-improving Oakleigh District on Friday night at home. They have a strong opportunity in this game if they can return to their impressive defensive efforts.

Oakleigh District has started to put together consistent performances as their core starts to develop chemistry. Built on their defence, the forward play of Danielle Wearne and Jodie Bray puts them in the upper echelon of teams.

Bentleigh have struggled in the first season but always manage to score. But the camaraderie of the Demons is amazing and they are getting closer to their first win of the year even if it doesn’t come in Round 5.

The final game of the round on Saturday has Mordialloc travelling to Marriott Waters Reserve to take on Lyndhurst.

Lyndhurst has not had the results they expected early in the season following matchups with the top sides of the league. They do have a good goal scoring record and just need to tighten up defensively to have a chance against the Bloods.

Mordialloc have all the pieces to go through the season at the top of the table. Look to Rosenquist, Sandoval, Tymko, Cardamone and Thorne to lead the Bloods to another win.