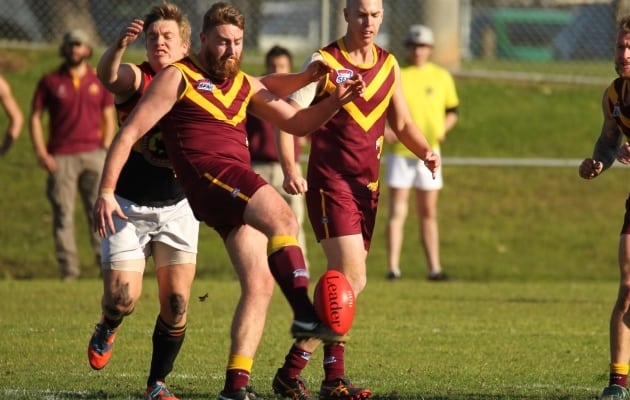 Two goalless quarters from East Malvern gave Mordialloc the cushion they needed as they claimed a 30-point road victory at Dunlop Reserve.

The first half from the Dingley was the difference as they defeated Cheltenham by 48 points at Jack Barker Oval.

At McKinnon Reserve, East Brighton were not in the game after quarter time as St Pauls ran out with the 93-point victory.

In the highest scoring game of Division 1, Clayton did most of their damage in the first half as they defeated Oakleigh District by 31 points.

Bentleigh piled on six goals to two in the final quarter to defeat St Kilda City by 24 points at the Peanut Farm.

Check out of all the weekend's Division 1 scores here.

Heatherton came from behind from a 16-point three quarter time deficit to defeat Skye by three points at Carrum Downs Recreation Reserve.

Caulfield were left to rue inaccuracy as Murrumbeena held on for a nine-point victory at Murrumbeena Park.

Highett maintain their position in the top four with a 57-point victory over Hampton at Turner Road Reserve.

Lyndale blew the game open in the third quarter to defeat Hallam by 46 points at Barry Powell Reserve.

Ashwood have separated themselves from the fourth place with a 52-point victory over Carrum Patterson Lakes at Essex Heights Reserve.

Seven goals from 28 scoring shots for Lyndhurst was enough as Sandown fell for another loss, this time by 16 points.

10 goals shared between Shaheen Merchant and Cory Brady for South Yarra proved vital as Moorabbin were defeated by 32 points at Widdop Crescent Reserve.