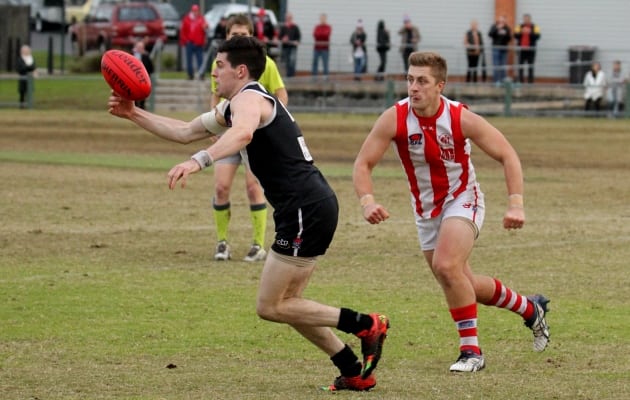 Oakleigh District held Mordialloc goalless in the first half as they ran away with a 74-point victory at Ben Kavanagh Reserve.

Bentleigh secured second place on the ladder for the season as they defeated the winless East Brighton by 82 points at Bentleigh Reserve.

Dingley will finish at the top of the table after defeating East Malvern by 93 points at Dunlop Reserve.

St Kilda City were held scoreless in the third quarter and to one goal in each of the other three quarters as they fell to Cheltenham by 91 points at Jack Barker Oval.

In a low scoring affair, Clayton kept St Pauls at bay and claimed an 18-point victory at McKinnon Reserve.

Chelsea Heights locked away second place with a round to go as they defeated Skye by 72 points at Beazley Reserve.

A five goal last quarter helped Caulfield come from behind to defeat Highett by 12 points at Koornang Park Reserve.

Black Rock will finish bottom as they were defeated by Heatherton by 63 points at McDonald Reserve.

Springvale Districts did the most of the damage in the first three quarters as they held on for a 20-point victory over Murrumbeena at Springvale Reserve.

Ashwood got back on the winners list as they defeated Lyndale by 24 points at Essex Heights Reserve.

Inaccuracy cost Sandown at Greaves Reserves as they lost to Dandenong by six points.

Mount Waverley finished the season undefeated as they thrashed Moorabbin by 143 points at Mayfield Reserve.

Doveton ended Lyndhurst first season on a down note as the Eagles came away with a 50-point victory at Power Reserve.

Carrum Patterson Lakes were held goalless after the first quarter as they allowed South Yarra to leave Roy Dore Reserve with a 45-point victory.