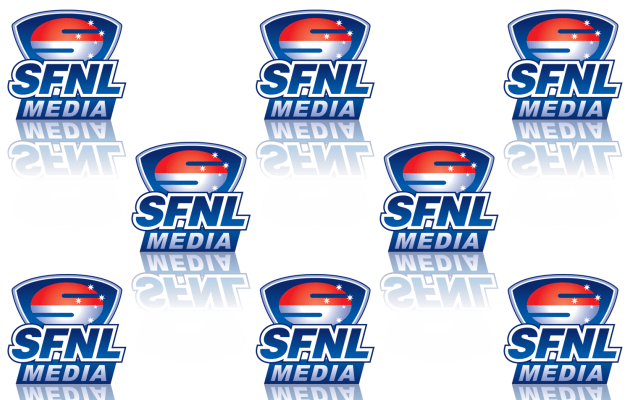 Tweet
The SFNL are on the lookout for dedicated sports lovers and media students to join its media team in both paid and voluntary capacities in 2017!

The SFNL are seeking a Videographer/Film Editor to enhance the social media experience between the League and its stakeholders.

The successful applicant will be responsible for capturing video footage of SFNL initiatives, including feature matches, events and interviews, and production of the League's online web TV program, SFNL TV.

The person will be required to work closely with the SFNL Media Officer and broadcast team on match days and during selected League events.

This role would suit anyone studying multimedia, videography or film arts, or anyone with an interest in sport and video production. Applicants that have their own video camera equipment are preferred, but not essential.

The role will provide hands-on experience, which can be very advantageous for those hoping to forge a career in the media/sport industries.

The role would include anywhere between 3-10 hours a week of practical learning.

The SFNL are on the lookout for aspiring young journalists or media students to assist in its written coverage of various football and netball competitions.

Successful candidates will be take ownership of a weekly column in the SFNL Record for the duration of the season, as well as have their work publish and promoted through the League's website and social media channels. There will also be scope to assist the Media Team with ad hoc football news and feature stories as required.

Joining the SFNL Media Team is a great way for budding journalists to put their name up in in lights and build up a portfolio of published work.

If you are interested in furthering your journalism career, send your resume, cover letter and a few examples of your written work to media@sfl.com.au.

The SFNL are looking for motivated amateur photographers who love being outdoors and community sport.

You will be required to attend various football and netball matches throughout the season and provide the League with photographs of the action. You will have the chance to demonstrate your creative flair with a camera and have your work published in the League’s print, online and social media channels.

All of the candidate’s work will receive due recognition.

If you would like to have your photographic work published through the SFNL's various media channels, send your expressions of interest to media@sfl.com.au.

For more information on the SFNL Media Team or to view more vocations, please CLICK HERE.