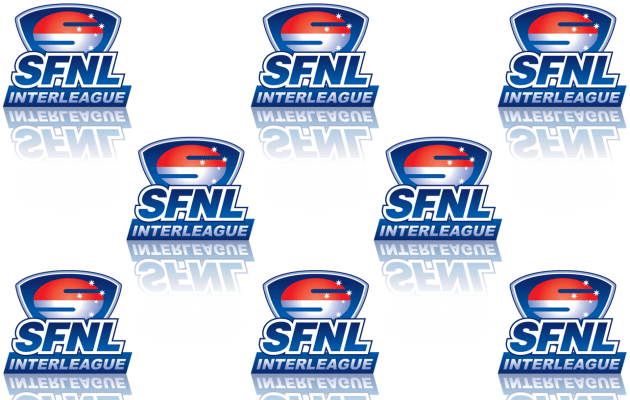 Tweet
In April 2015, the Southern Football Netball League advised that it had changed its name, logo and brand to incorporate netball.

The SFNL identified the growing trend of Member Clubs officially changing their club name to incorporate netball, due to the clubs providing opportunities for participation in both football and netball competitions.

As part of the league’s rebranding process, the SFNL engaged a design company who were given a brief to keep the brand familiar and consistent with the existing SFL logo, while acknowledging the important inclusion of netball to the league.

The existing logo had the red oval shape in the shield which represented both an ‘S’ and a football.

The new logo design represents both a football and a netball in the ‘S’ symbol. This version simply splits the ‘S’ into two halves, with each half a different colour to represent each ball. The red denotes the traditional colour of a football, white the white/light blue represents the netball. See below video clip detailing this.

The next phase to the name and brand was to redesign the football interleague apparel to ensure it is representative of the SFNL with a clear brief in mind. The design does this through the use of colours taken directly from our style guide, with the dark blue being a prominent colour and the white and soft blue being secondary colours in our logo and all SFNL marketing.

The design is bold and contemporary, and a similar style has been adopted by recently rebranded AFL clubs in Fremantle and Port Adelaide.

The design incorporates a “V” which has been inspired by the old Federal Football League interleague design. The reason for this is the Federal Football League makes up a very strong part of our current league with a number of old FFL clubs still existing in the SFNL today, either as the same clubs or affiliated by name association.

In the coming weeks, stakeholders will have the opportunity to provide their feedback on the football interleague design through the next edition of the SFNL Fan Engagement Survey.