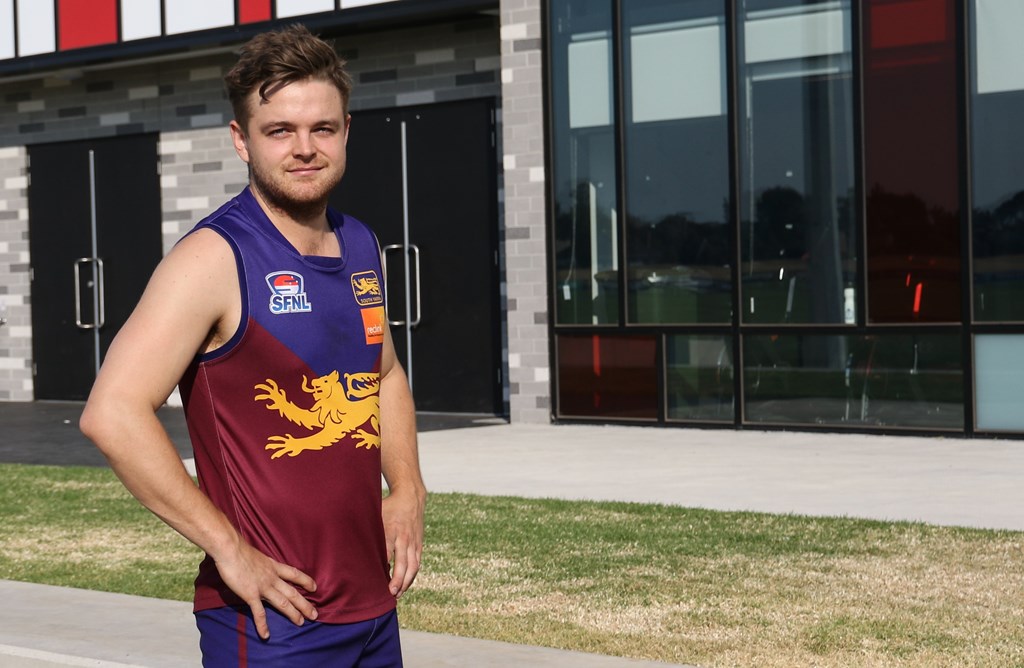 Bentleigh was too good during its round seven encounter against St Kilda City at Bentleigh Reserve, taking away a 19-point triumph.

The Demons led by just three points at the half time break, but were able to slowly pull away in the second half, with Michael Rogers and Sam Lewin best afield.

Cheltenham has produced a stunning comeback against East Malvern to maintain top spot on the ladder, winning by 26 points at Jack Barker Oval.

The Rosellas trailed by 24 points at half time before booting eight goals to two behinds in the second half, with star Dylan Weickhardt producing two goals in a best on ground performance.

Paul Fry was again in the thick of the action for the Panthers.

Twelve goals from the trio of Harrison Hunt, Stephen Muller and Matt Kreymborg steered St Pauls to a 48-point win against Oakleigh District.

The Dogs were far too good across the four quarters, booting 10 goals in the first half to pull away from their opponent, before cruising to their fifth win of the season.

An eight-goal first half was the catalyst for Dingley during its 41-point win against Mordialloc at Souter Oval on Saturday.

After conceding the first two goals of the game, the Dingoes then went on an eight-goal unanswered run to set up the win, with Daniel Farmer and Liam Hard combining for nine majors.

Kristen Feehan was colossal down back for the Dingoes, while Justin Summons and Sam Haslem stood out for the Bloods.

The Colts showed their offensive prowess with a devastating 10-goal final term as they romped away to fourth win for the year in an impressive team performance.

Sam Jackson did best for the Dogs.

Springvale Districts produced a strong 122-point thumping of Chelsea Heights on Saturday at Beazley Reserve, winning for the eighth time this season.

The Districts kicked 13 goals to one behind in the first half to set up the win, with Matt Wetering and Stefan Feehan combining for 11 majors.

A strong second half from an otherwise inaccurate Murrumbeena has helped it snatch a 43-point win against East Brighton.

After booting 1.10 in the first half to trail by five points, the Beena turned it around in the second, kicking 9.5 to surge ahead with Jamie Hackett and Jake Semmel best on ground.

Keysborough maintained its unbeaten run to start the season, winning its sixth game in a row with a 100-point thrashing of Caulfield at Keysborough Reserve.

The Burra did it comfortable throughout the game, kicking double digit goals in both halves, with Tim Werner, Geoff Humphreys and Matt Carnelley combining for 14 majors.

Hampton secured its hold on fifth position with a decisive 53-point win against Skye, moving its percentage past 100 for the first time this season.

The Hammers got contributions from a variety of players across the ground in the win, with six players kicking multiple goals and Alex Gleeson named best on ground with two majors.

Doveton Eagles bounced back to its winning ways, wiping away a two-game losing streak with a 125-point belting of Heatherton at Power Reserve.

The Eagles produced 15 goals in the second half to stamp their authority in the win, with Jye Sigersma returning from a four-game hiatus with six goals.

Ashwood moves back into the division three top four after a comfortable 91-point finish against Cerberus at Essex Heights Reserve.

The Magpies booted the first nine goals of the game and never looked back as they finished with 22 for the game, with Mitchell Rossborough and Aaron Moroney leading the way with 12 majors combined.

Hampton Park had little trouble dispatching Black Rock for its eighth straight win, coming away with a 96-point result at McDonald Reserve.

The Redbacks booted 10 goals in each half to secure the win, with Nathan Carver and Aaron Thornton producing five-goal efforts while Ryan Pearson was impressive through the middle.

Endeavour Hills had to work for it, but it was able to overcome an ever-improving Clayton side to run out 15-point winners at Barry Simon Reserve.

The Falcons trailed by 13 points at the final break, but held the Clays scoreless while booting four goals to complete the 28-point turnaround.

Ben Holland and Ben Carter were best on for the victors, while the competitive Clays were well served by the ultra-consistent Chris Morrison and Jesse Henderson.

Moorabbin has moved a game clear into fourth spot on the ladder after comfortably accounting for Lyndale to the tune of 58 points at Barry Powell Reserve.

The Roos put together consistent offensive and defensive pressure through the first three quarters, booting 12 goals to one, before the Pumas put on four goals in the last.

South Yarra has put forth its claim as premiership contenders, defeating ladder leaders Lyndhurst by 10 points at Leigh Park, which has quickly become a fortress.

The Lions trailed by 27 points at the main break, before producing a stunning second half, kicking nine goals to three to complete the 37-point turnaround.

Scott Stegheuis was best afield for the victors, while Eamon Henney and Shaun Falla combined for seven goals.

The Dolphins were too good for the Redlegs after a tight first quarter, with Calum Eiffler best on ground for the victors, while Josh Kerrigan booted four goals.

Carrum Patterson Lakes produced one of its best wins for the season, accounting for Hallam by six points at Roy Dore Reserve.

A close contest saw both sides locked together at three quarter time, before CPL booted two of the last three goals of the game.

Rhys Graham was judged at the hosts’ best while Alex Wilson finished with four goals.

Joel Danilo and Sam Ferrari continued their solid form for the Hawks.