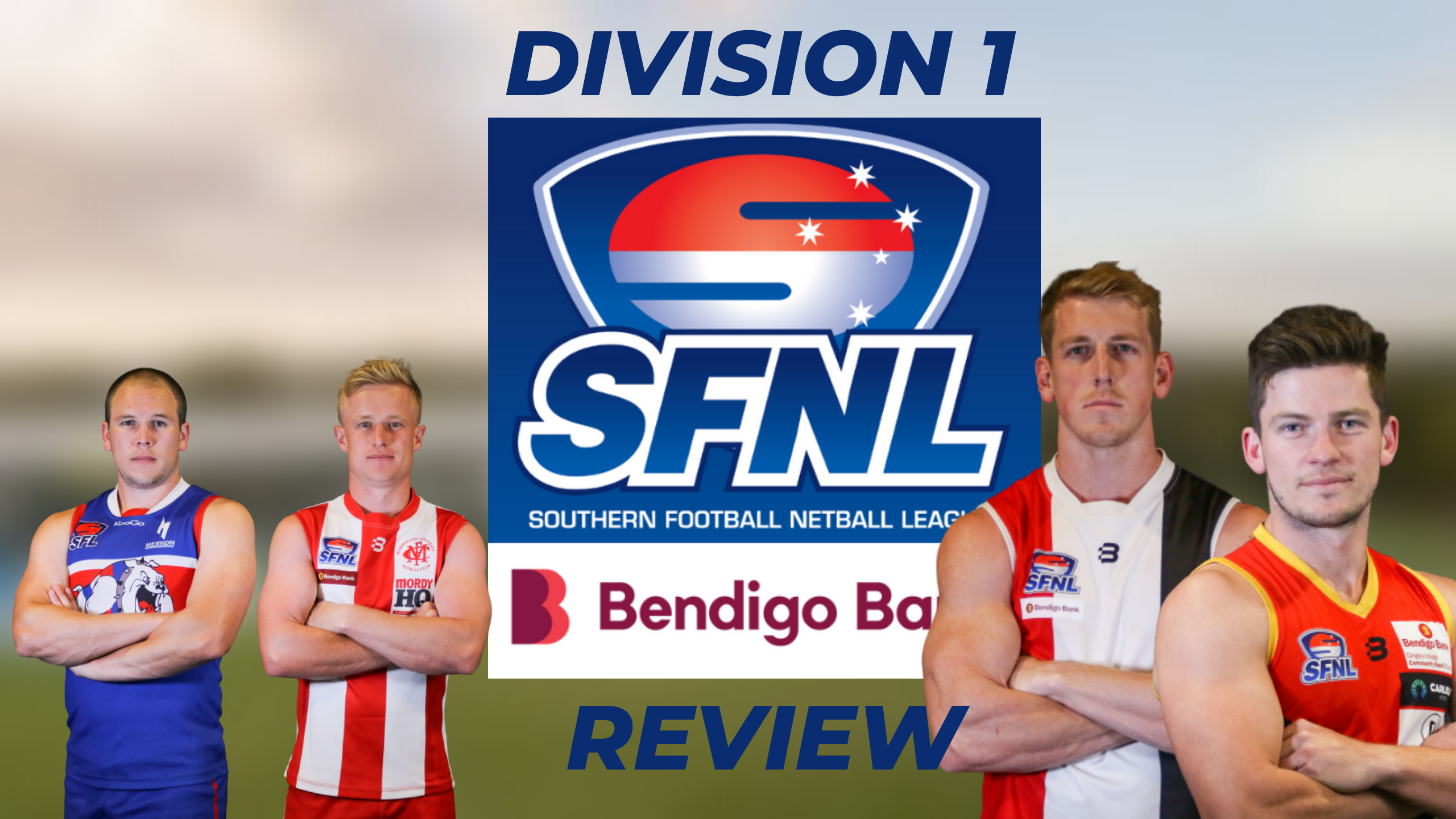 The first full round of Division 1 is in the book and what a cracking weekend of football it was! Friday Night’s blockbuster between St Kilda City and Port Melbourne Colts lived up to the hype, with the four points on the line right up until the final siren. The Colts eventually holding on for a six point win, 7.12-54 to 6.12-48.

The Saints showed flashes for three quarters before they started to click in the final term. Dane Swan was solid in his debut for City, whilst fellow big recruit Aaron Edwards will be better for the run.

Over at Dunlop Reserve, East Malvern were able to ground out a hard fought victory over Oakleigh District, 9.13-67 to 3.7-25. The victory was set up in the first half, the home side booting six goals to two to take a stranglehold of the match.

Luke Duffy was exceptional in his return from an ACL injury, whilst Adam Collinson was also pivotal for the Panthers. Coming off a thrashing last week, District showed some encouraging signs and solid defence but struggled to find any firepower up forward. Ryan Pearson and Mark McGill the best performers for the men in black and white.

Cheltenham started their 2021 campaign with a crushing victory over a hapless Highett, the Rosellas thrashing the Dogs 19.17-131 to 3.2-20. Despite the 111 point victory, the visitors didn’t have everything their own way, with a competitive first term seeing Cheltenham take just an 11 point advantage to the first huddle.

There were signs that the wheel was starting to turn in the second quarter before the Rosellas completely flattened the Dogs in the second half with 13 goals to one. Will McTaggart was busy up forward with five majors, while Austin Johnson, Myke Cook and Jack Hutchins all chipped in with three goals each. It was a difficult afternoon for the home side but co-captains Sam Jackson and Yianni Pasialis led from the front with strong performances.

Dingley kicked off their premiership defence with a comfortable nine goal win over Mordialloc, 13.8-86 to 4.7-31. All eyes were on the Dingoes following the departure of legendary coach Shane Morwood, but the home side showed no teething issues in Danny Ades first senior match as playing coach.

The Dingoes put in a powerful first three terms, slotting 11 majors whilst keeping the Bloodhounds to just one goal at the final break. The visitors were able to grind out a respectable final term to win the quarter but it was too little too late. Lucas Walmsley was dynamic up forward for the Dingoes with three snags while Josh Ferguson, Danny Ades and Chris Horton-Milne found themselves amongst the best once again.

The Battle of Bentleigh closed out the round with Bentleigh proving too good for St Paul's, running away with a 21 point victory 12.8-80 to 8.11-59.

The Demons broke the game open in the second stanza, holding the Dogs goalless whilst ramming through five majors to take a handy six goal lead at the main break. The Dogs won the third term to keep themselves in with a sniff but the deficit proved too much as the home side steadied for a fantastic victory.

The Dees shared the goals around up forward with five players hitting the scoreboard twice, with strong performances from Mitch Smart and Ash Di Ciero instrumental in the win. For the Dogs, Connor Byrne and Kieran Knox battled hard but it wasn’t enough to see their side get up.