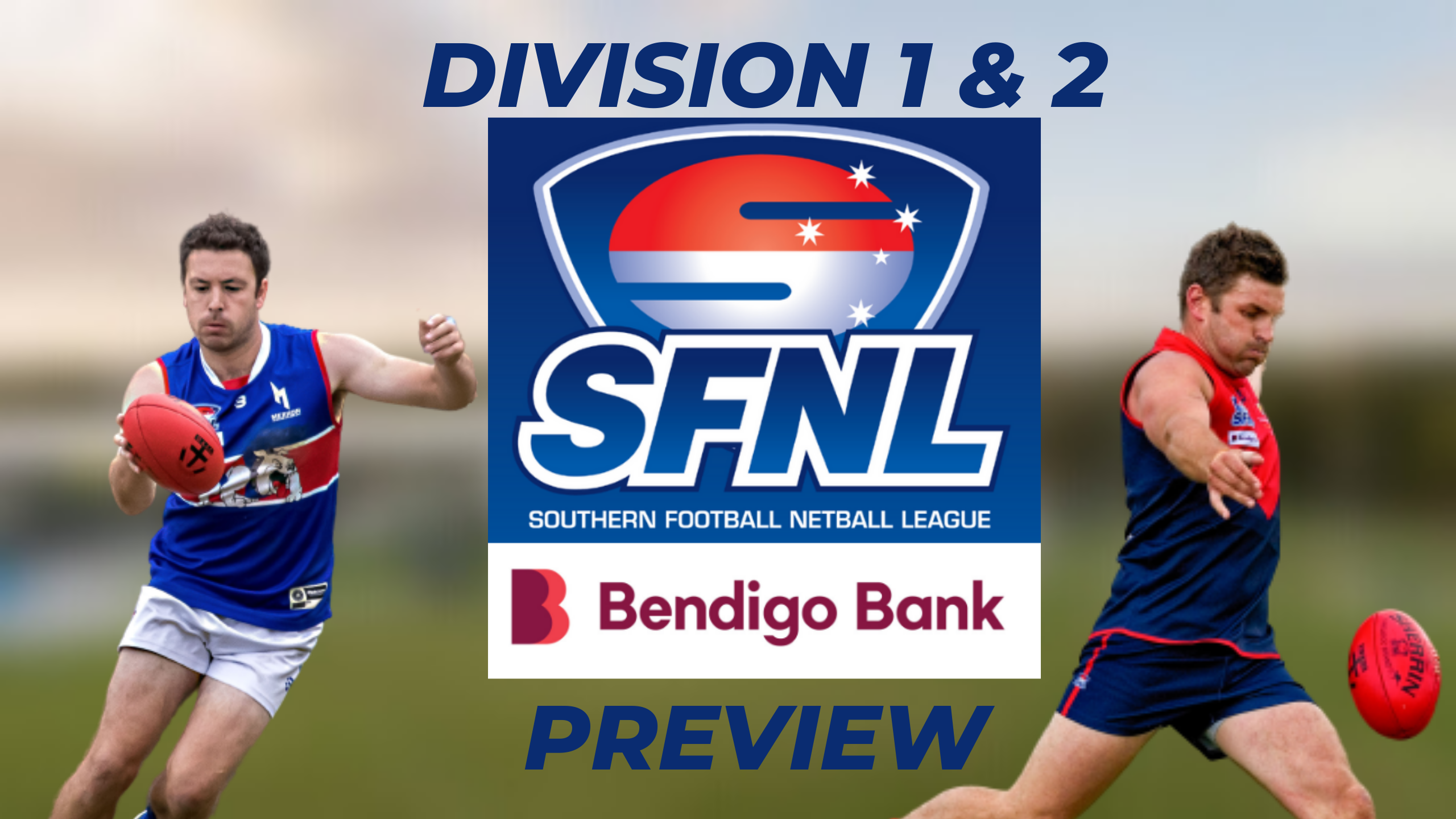 Mordialloc will be looking to make it two wins in a row when they host St Paul’s at Ben Kavanagh Reserve on Saturday afternoon. The Bloodhounds overturned a slow start against Highett last round and will be eager to sing the song again, this time in their home change rooms. Standing in their way is St Paul’s, who find themselves in the unfamiliar position of 8th spot on the ladder after three losses. The Dogs have been competitive in every game so far but haven’t found the consistency to get the job done. At the risk of sounding like a former AFL commentator, you just feel like they desperately need to win here to keep their season alive.

East Malvern will be looking to rebound following their narrow loss last week, the Panthers this time facing off against another top side in St Kilda City. The Saints head into the fixture following successive triple figure triumphs and a powerful forward line that will be giving the Panthers coaching staff plenty of headaches. Aaron Edwards showed why he’s one of the biggest signings in local footy with 10 goals last week and Luke Potts has started the season in cracking form. While the visitors have plenty of big forward targets, it’s a different story for the Panthers. Tim Johnston is the club’s leading goalkicker with four majors and the home side will need to rely on a good spread of players to kick a winning score here.

Port Melbourne Colts and Cheltenham face off in a top of the table clash that promises to be an absolute belter of a game. Both sides are undefeated, in good form and should be eager to test out how their style stacks up against a fellow premiership contender. Both have shown the ability to clock up big scores on the scoreboard whilst squeezing the life out of other teams with their defence. In fact, after three games the Colts have conceded a miserly 80 points and the Rosellas just 99. So, what does that mean for Saturday’s contest? It may come down to whose defence holds up best against the big key forwards at either end. Stopping the competition's leading goal kicker, Jase Perkins, will no doubt be high on the agenda for Rosellas coach Des Ryan. He’ll also have to keep an eye on superstar Kwame McHarg who can take the game away in a short space of time. Conversely, Cheltenham will be banking on their potent forward line getting the job done, with five players already finding the big sticks on five or more occasions this year. If you’re in the area or indeed looking for a cracking afternoon of local footy, get down to this one!

One of Oakleigh District and Highett will register their first win of the year when they clash at Princess Highway Reserve this weekend. It’s been a brutal opening month for District, copping a nightmare fixture against four of the top five sides. As a result, they’ve been blown away by triple figure margins on three occasions and will be desperate to stop the run of big losses. Highett will be rueing their second half fade out last weekend, the Dogs squandered their halftime advantage to let a golden opportunity slip through their grasp. They’ll be determined not to miss out two weeks in a row and will take confidence from the fact they knocked this mob off twice in 2019.

Bentleigh will be out to stop a run of losses when they host Dingley at Arthur Street in a crucial match for the home side. After a bright start, the Demons have found the going tough against quality sides in East Malvern and Cheltenham and will have their work cut out here up against the unbeaten Dingoes. With a gap starting to open up between the top sides and the rest of the competition, the Demons cannot afford to drop their third game in a row and risk falling further behind the top 5. Easier said than done though, as Dingley continues to answer every challenge they face. The visitors will enter as favourites but don’t discount the Demons who should come to play with all that’s at stake.

Division 2 action kicks off with an intriguing matchup between East Brighton and Caulfield at Hurlingham Reserve. Both sides look to have improved on previous seasons and are entering the clash in decent form. The Vampires dropped their first game for the season last week but things could’ve been different had it not been for some wayward kicking in front of goal. The Bears on the other hand are in pretty good shape despite a win-loss record of 1-2. They suffered back to back narrow losses against Springy District and Hampton Park before rebounding with a huge win over Murrumbeena. Yet for all their improvement if Caulfield go down here, they’ll have just the one victory in the opening month and be under the pump to stay in touch with the top five. Regardless, this should be a cracking contest and well worth a look if you’re in the area.

Hampton and Keysborough meet at Peterson Street Reserve in a game that should provide no troubles for the visitors. The Hammers have endured a rocky period to start the season with a list turnover and injuries impacting their on field performances thus far. They were close to pinching a win last week against Heatherton but couldn’t quite get the job done. Keysborough on the other hand notched up an impressive victory over East Brighton and will be looking to make it three in a row when they venture down to the Toolbox. Barring something spectacular, you suspect that the Burras will walk away with the four points here.

Both Hampton Park and Skye will be looking to get back on the winners list when they do battle at Robert Booth Reserve on Saturday afternoon. The Redbacks have been solid in their transition up to Division 2, sitting at 2-2 after a challenging opening month. They have a good chance to push the win-loss ledger in the right direction when they run out on their home turf here. The Bombers are sitting at 2-1 but were taught a lesson by Springvale Districts last round. Despite that result they have shown some good signs and will be eager to continue their development against another decent side here. However, the Redbacks don’t normally lose at home and will be desperate to make sure that record stays intact.

Heatherton travel to Springvale Reserve to face the most daunting prospect in the league at the minute, Springvale District at home. The Tunners were excellent last week, notching up their first win for the year but will need to bring that and more if they are to make it two in a row. District weren’t at their absolute best last week but still won comfortably against Skye and will be looking for their fifth win on the bounce. Despite sitting pretty at the top of the table, the Demons are yet to really get a hold of a side this season and could be looking at a big percentage booster here. Whether it plays out that way, we’ll just have to see.

The final match of the round sees Murrumbeena host Chelsea Heights for the four points at Beena Arena. The home side is yet to win a game after a tough opening fixture and there looks to be no respite here against another quality side. The Demons were superb last week and made a big statement in their comfortable victory over Hampton Park. Now they have a fantastic opportunity to go 3-1 and cement themselves in the top five. Their spread of goal kickers thus far has been remarkable with 11 players kicking at least two goals so far this season. Their forward line should be licking their lips at adding to their tally in what shapes as a lopsided contest.