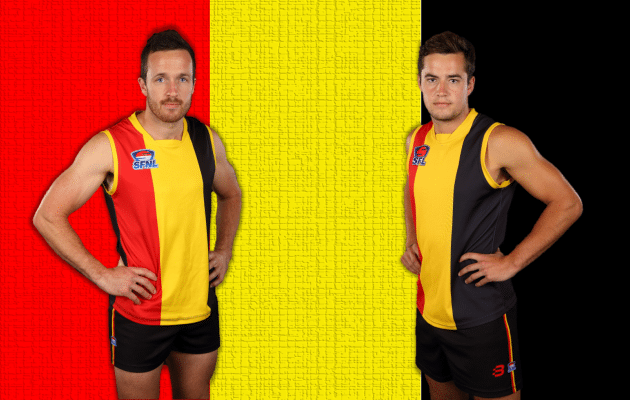 Rosellas To Build on Positive End to 2016

Tweet
Cheltenham are hoping to continue the impressive form it displayed at back end of 2016 as it begins its ascent up the Division 1 ladder.

Staring down the barrel of season wasted languishing in the bottom reaches of the ladder, the young Rosellas managed to turn their fortunes around with scintillating performances in the second half of the season. From a 2-6 start, they claimed five wins and a draw from their final 10 games and to finish the season on a positive note.

And coach Des Ryan says that the club is aiming to build on that late season form in 2017, and a return to September action may not be beyond the realms of possibility.

“We would be (pushing for finals), yeah,” Ryan said.

“It’s been a case of progressing our football club with talent, and we’ve managed to do that a little bit over the summer, and the natural progression of the boys from last year.

“The progress they made was fantastic, so we’re now looking to take the next step.”

The Rosellas have been active in the off-season, securing the signatures of several star players to strengthen its playing stocks. Former Sydney Swans rookie Sean McLaren has been the club’s highest-profile recruit, while ex-VFL players Will McTaggart and Jarrad Matheson also loom as key inclusions.

Ryan is confident the big-name trio, as well as a host of other inclusions, can help fill the deficiencies the club identified within its list.

“Look, we needed height, and we’ve topped up our list with three guys over 6’5 who are well credentialed and can play, so we’ve ticked that box,” Ryan said.

“Big-bodied, inside ball-winning players as well we’ve added to that. We’ve got Jarryd (Bloink) coming back from injury, he missed all of last year, so from an onball, big body perspective, we’re a lot healthier unit.”

After having his 2016 season ruined by a knee injury, gun ball-winner Bloink spent the year watching from the sidelines. And while he was impressed by what his team mates produced in the back half of the season, he can’t wait to take the field again for Round 1.

“Nothing quite like nine months on the sidelines to fire you up again so it will be good to get back out there,” Bloink said.

“It was good, though, watching the way the boys came together last year. I was really impressed with how much they got out of themselves and the work we did preseason really paid off so it’s really exciting coming into this year with another preseason under the belt of these guys together.”

The excitement generated by the club’s stunning late-season form has carried through the summer, with a buzz permeating Jack Barker Oval for the entirety of the preseason. Training numbers have been extremely healthy and everyone is gearing up for a big year ahead.

“Numbers have been great, they’re the best since I’ve been at the club, and that’s nearly been six years now, so everyone’s ready to go,” skipper Jack Worrall said.

“We’re a young, up and coming team and the boys are really putting the work in on the track and looking forward to Round 1.”

The club has under gone an off-field restructure as well. Popular President Col Anderson stepped down during the off-season after a five-year tenure, with Treasurer John Graham assuming the role.