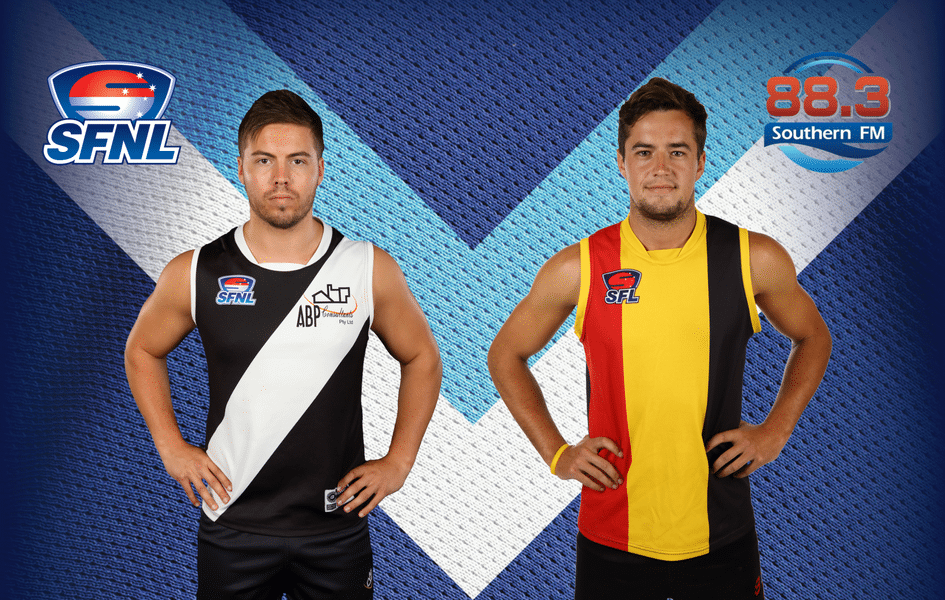 A top-of-the-table battle between title contenders Mordialloc and St Pauls provides the highlight of Round 15, with both teams eyeing off the minor premiership.

Mordi’s shock loss last week ended a sublime 11-match winning streak, however, it has taken none of the lustre off this heavy-weight clash. Expect no further complacency this week as the Bloods look to atone a rare off day.

The Dogs, meanwhile, have now won eight on the trot and are flying high. They are a more rounded team than last season, with an ability to grind out wins in the trenches before running over sides late with their superior fitness.

While the Bloods depth has been tested in recent weeks, they still have plenty of talent to ensure the side remains competitive. They remain one of only two sides to best the Doggies in 2018, but St Pauls have not lost since that day, and winning form is hard to ignore.

Either way, expect this contest to go down as one of the games of the season.

Back on the winners list and on its home deck, the Panthers will fancy its chances against a Bentleigh outfit coming off a demoralising loss.

Trailing the third-place City by percentage, East Malvern will be hoping to string a few victories together and keep alive its hopes of securing the double chance.

The Demons were quite simply embarrassed by the Dingoes last weekend, and as a result have relinquished it spot in the top five. A proud club is Bentleigh, so rest assured it will leave no stone unturned in its bid to see September action.

Both sides have fielded deplete line ups in recent weeks – which seems to be a familiar story across the competition – and with their seasons hinging on the next month, they would be desperate to see key personnel return to their senior teams.

Near triple-digit floggings are always tough to bounce back from, and while we should see a vastly improved effort from the Demons this week, toppling the Panthers at the Zoo seems unlikely. That said, stranger things have happened.

Unlike every other match in Round 15, this result will have no bearing on the make-up of the top five, however, this is still a vitally important contest between two sides fighting for their Division 1 survival.

Percentage alone separates the bottom-ranked Chelsea Heights with the ninth-placed Port Melbourne, and the loser of this clash will, barring an improbably upset in the final three weeks, be consigned to the wooden spoon and relegation to Division 2.

The last time these sides met, just two points separated them in a highly physical encounter, with a late goal seeing the Heighters home. There was no love lost between these sides, and a similarly bruising encounter can be expected for a return bout with plenty more at stake.

With Chelsea Heights yet to taste victory away from home in 2018, the Colts should be able to claim victory at JL Murphy Reserve – a venue at which the Heighters have never saluted.

Third plays fifth in another tantalising contest that will shape the top five.

St Kilda City confirmed its status as a premiership contender after walloping Mordialloc last week, and while the result may not have been a complete shock, their margin of victory made the rest of the competition sit up and take notice.

Meanwhile Dingley are back in business following a mid-season lean period, with their 95-point thrashing of fellow finals contender Bentleigh returning them to the top five.

The Saints remain the highest scoring side in Division 1 and will prove a stern test for the Dingley defence, particularly with its propensity to move the ball quickly. However, the Saints may also have their work cut out for them, with the Dingoes averaging 123 points its last three games.

If St Kilda City can win its fair share of outside ball, then it has the potential to win this game quick comfortably, however, the Dingoes are a disciplined and well-drilled unit that are more than capable of getting the game played on their terms.

With both sides in exceptional form, this is a contest that could go either way, but the big-game experience of this Dingley group may just hold it in good stead as it looks to hold its spot it the five.

Dingley by one point.

Should other results go their way, the Rosellas have an opportunity to claim fifth spot with victory here over the Districts.

Oakleigh will be no pushovers, as their record against Cheltenham at Princes Highway Reserve is unblemished since the club’s promotion to Division 1 in 2016.

The Oaks have been one of the more inconsistent sides so far this season, but have been highly competitive against several of the top teams and has the potential to cause another upset in this one.

Cheltenham backed up a season-defining victory over the Panthers by thrashing the Colts with a blistering second half, and confidence within the group will now be sky-high.

With finals now well and truly within reach, the Rosellas shouldn’t let this one slip.