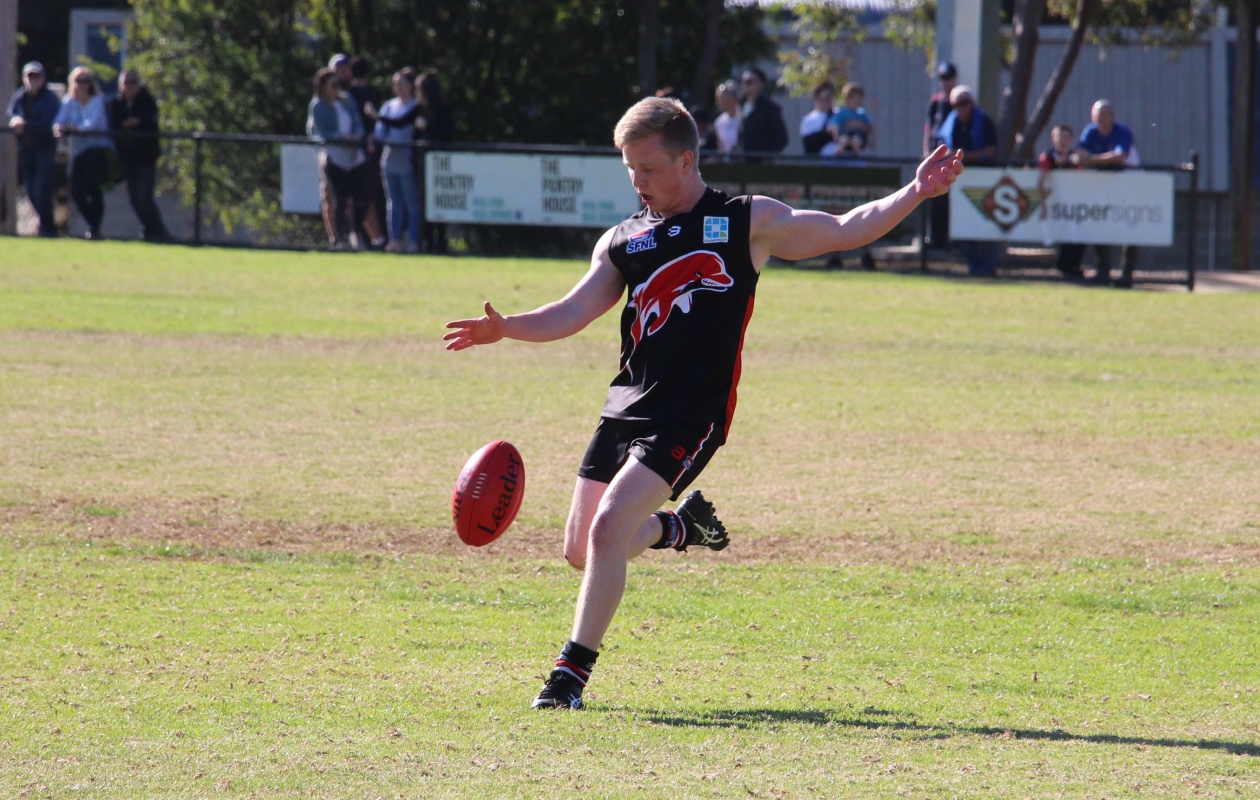 The Redlegs have finished their season on high, downing the wasteful Cobras by 31 points to register their fourth win for the season. Whilst on paper this clash was nothing more than a dead rubber, try telling that to either club with both sides desperate to end the year on a positive note.

But it was Dandenong with a quick start out of the blocks, dominating the first term to do all the attacking in their forward fifty. Unfortunately for them they couldn’t convert their chances on the scoreboard with a sloppy return of 2.4 for the quarter.

Sandown came out with a determined approach after the first change and started to get their hands on the footy first. But they too squandered their chances in front of the big sticks, kicking 0.4 for the term to head into half time goalless despite dominating the majority of the quarter.

The Redlegs made them pay after play resumed, putting the game to bed with a six goal to one period of footy. With the contest all but over in the last stanza, the Cobras did all the attacking but a return of 3.13 isn’t going to win you many games of football.

The win highlights the rapid improvement the Redlegs have made in the second half of the season, with all four of their victories coming in this period. After some bleak years at Greaves Reserve, finally some blue sky appears to be on the horizon.

Unfortunately for Sandown it’s quite doom and gloom at the moment. The club will now get a lengthy break to reassess and plan for season 2019.

Lyndhurst has returned to the winners list in comprehensive fashion, smashing a dismal Moorabbin outfit by 111 points at Marriott Waters Reserve. Following a poor loss against Frankston last weekend, the Lightning sparked back into action with an utterly demoralising first half against the hapless Kangaroos.

18 scoring shots to zip told the tale, as the Lightning simply bullied the Roos in the opening two quarters. Their 53 point lead would’ve been bigger had they managed to straighten up in front of goal.

The long break gave the visitors plenty of time to ponder their efforts but what they dished up in the third quarter was even shoddier. The home side blitzing them once again with a five goal term, the Roos heading into the three quarter time break with the embarrassing score of 0.0-0 next to their name.

The Lightning continued to cruise along in the final phase with another five goal quarter but the Kangaroos finally managed to get on the scoreboard.

The win is a welcome one for the home side with a date against CPL in the Second Semi Final next weekend. Jarrod Murphy was the star, kicking five goals in a best on ground effort.

Moorabbin’s season from hell is finally over after a truly torrid second half to the year. The club lost 10 of their last 11 games after some insipid performances. The extraordinary decision to axe their senior coach mid-season didn’t stop the rot either as efforts continued to decline. After seemingly hitting rock bottom, a fresh start next season with some new faces might just be exactly what this club needs.

Frankston have claimed a huge final round scalp, pipping Carrum Patterson Lakes by one point in an absolute cliff hanger at Roy Dore Reserve. It was a see-sawing contest all game, with neither side able to break more than a couple of goals clear all day.

The Lions got the early jump, booting three goals to two in an entertaining opening quarter. The second quarter followed a similar theme as the Dolphins threatened to take the lead but CPL continued to keep their noses in front.

Frankston’s persistence paid off in the premiership quarter, as they finally broke through to claim a one point lead with a big quarter of footy to follow.

It was a very hot footy with every possession earnt and goals at a premium. Both sides finished the term with 1.2, the Dolphins clinging onto victory by the smallest of margins.

The victory is another confidence booster for the club after they beat fellow finalists Lyndhurst the week prior. The Dolphins will now head into their knockout clash against Cerberus with genuine belief that they can match it with the best.

In the scheme of things the loss does little damage for the Lions and they will be better for the competitive hit out. Their attention now turns to their huge semi-final clash against Lyndhurst with a Grand Final birth up for grabs.