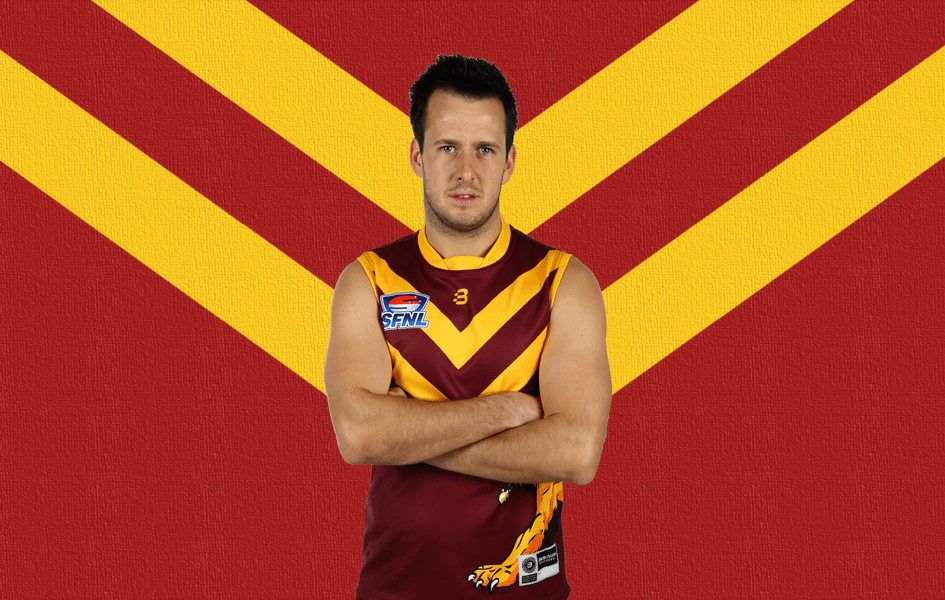 Listen back to this week’s The 5th Quarter podcast, featuring Hampton FNC Football Operations Manager Brad Timms as the special in-studio guest, in the player above.

Lyndhurst have bounced back onto the winners list with a dominant 74 point victory over Sandown at Edinburgh Reserve. A big second term from the visitors put the game to bed at half time as the game petered out to a tame end in the second half.

The Cobras fought hard in the first term but the Lightning we able to keep them at arm’s length with a handy three goal advantage at the break. It was a bloodbath for the home side after the resumption, as the ball spent the majority of the quarter in the Lightning’s forward half.

However poor kicking from the visitors spared the Cobras of a humiliating score line, as the Lightning kicked a rotten 5.11 for the term. With the result now a mere formality the fizz had well and truly gone out the game, with the third quarter producing an uninspiring spectacle where both sides were held scoreless.

Lyndhurst picked up the slack in the last quarter, booting five goals to bank the four premiership points in a solid victory. Perhaps the most pleasing aspect of the game for the Lightning was they kicked a decent score without their main man Hamish Browning.

Instead it was Jeremy Jakupi who stood up, slotting seven goals in a dominant display. He was well supported by Jason Twite and Charlie Gardiner who have both been in fine form in recent weeks.

It was another tough day at the office for the Cobras but they continue to fight in games. Matthew McCormick got on the end of two majors, while Joshua Hurford was one of their better players.

Frankston’s sheer dominance over Dandenong continued on the weekend, thumping the Redlegs by over 100 points for the third time this season. The Dolphins were simply a class above as they knocked up their fourth win on the trot in brutal fashion.

Holding a 23-point lead at half time, the home side had been solid without being spectacular but all that changed in the third term. The Dolphins were on fire after the resumption, slamming through eight goals to zip to ensure that their dominance against the Redlegs would continue.

They carried on in the final term to boot another five goals, once again preventing the visitors from registering a single score. The second half made for extremely grim reading for the Redlegs, as the home side simply treated them with disdain to record 13.9 to 0.0.

Joshua Kerrigan made the most of the Dolphins dominance, booting seven goals to be the standout forward on the ground. Luke Ambler had a day out as did Tom Andrews who also found the goals on three occasions.

Dandenong’s honeymoon period is now well and truly over after several drubbings in recent weeks. Ben Khongbut and Scott Moody battled hard all day in a performance where many lowered their colours.

Cerberus are living up to the title of ‘giant-killers’ after another mammoth victory, this time against Carrum Patterson Lakes on enemy turf after an inspired second half comeback. The Dogs’ victory over Lyndhurst last weekend did wonders for the side’s confidence but the question of whether they could replicate the same form away from the Naval Base lingered.

But they answered the challenge in empathic fashion, knocking off another top team to stake their claims as a genuine premiership contender.

It was a hot footy early on with the game up for grabs, both sides having a red-hot crack in an even first term. The Dogs entering the quarter time huddle with their noses in front by a kick.

But the Lions roared back to life in the second quarter dominating the play to pile on eight goals to two, opening up a very handy 27-point advantage at the half.

But once again the momentum swung violently in the second half, this time Cerberus controlling all the play to hit the scoreboard five times and leave the scores all tied up with a massive quarter of footy to go.

The home fans were hopeful that the trend of momentum swings continued but it was the Dogs who were doing all the running once again. In a gutsy term with everything on the line, the men from the Naval Base couldn’t be stopped as they surged past the Lions kicking another five goals to run out convincing winners.

The Dogs record in recent history is remarkable, winning their last seven games and only dropping two games since Round 4. It’s easy to forget that after the first three weeks the Dogs had not won a game, showing just how rapidly they have improved during the season.

The loss is only CPL’s second for the season and their first on their home deck. However their good percentage sees them retain top spot but the gap between the top four teams is closing fast each week.

Lyndale have beaten Moorabbin on their home ground once again, this time by 101 points in a drubbing of the highest order. Coming into the game off a win, the Kangaroos would’ve given themselves a big chance but they were way off the mark for the entire contest.

The Pumas simply did as they pleased in a performance more akin to a training drill than a match for premiership points. They dominant from start to finish in a four-quarter performance with nine different players finding the big sticks.

Of the nine Pumas who hit the scoreboard, six of them ended up with multiple majors as they took the Kangaroo defenders to the cleaners. Trent Day had an outing worthy of his name, booting six goals playing deep in the forward line.

The Pumas had contributors everywhere across the board and proved too hot to handle for the hapless Roos. Lachlan Robinson was one of the few Kangas who didn’t dishonour himself but the home side had too many passengers that let the side down.