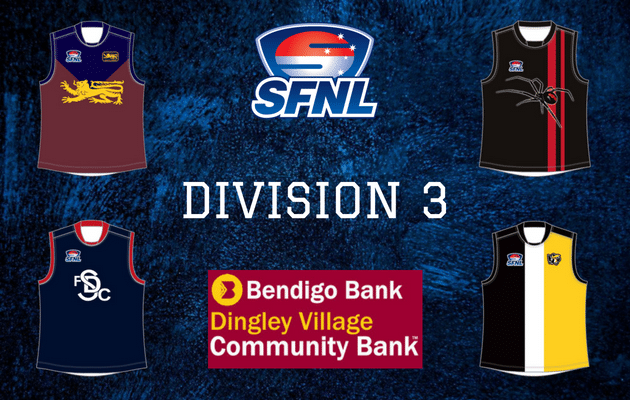 Raw statistics fail to convey the whole story, with the Tunners displaying tremendous spirit, particularly through their backline resilience.

His teammate Ben Clark-Henry edged him out on the Tunners’ best players list.

Clark-Henry provided one of the day’s highlights with an incisive run through the centre and a superb pass to set up a David White major.

That was seven minutes into the second stanza and was the first time Heatherton troubled the scoreboard operator.

However, the deficit was a manageable 17 points at that stage.

The Tunners trimmed that to 13 at the major break.

His teammate Aaron Coffey nailed another on the run and when Khaled Kandakji goaled minutes later the Tunners hit the front.

Although the Falcons soon restored the lead, they held just a 10-point advantage at the final change.

Heatherton kept trying throughout the remainder of the game, but most of the final quarter action occurred in Endeavour Hills’ forward line.

The Falcons added 1.3 to no score to finish with a 19-point victory.

Nick Gay was superb for Endeavour Hills, particularly when his side was challenged in the third term.

His cool and efficient use of the footy under pressure was a decisive factor in the Falcons’ win.

Black Rock started at long odds to beat Ashwood on its home turf, with the Jets having struggled against teams in the top four.

But despite the absence of backline general Daniel Kick and fellow defender Cooper Ferries, Black Rock took it right up to the fancied Magpies.

David Masson and James Feather showed why Ashwood recruited them from Hampton, being instrumental in the Magpies’ three-goal win.

Masson impressed across half back, whilst Feather was excellent at half forward.

Dale Carroll and Jack Harris were also important contributors for the winning side, evenly splitting six goals in a team total of eight majors.

Magpies’ coach Mick Rossborough was grateful for the premiership points, acknowledging the stern test presented by the Jets.

“Black Rock were very good, gave us no room and dominated stoppages,” he said.

Jets’ coach Lachie Batt indicated that has been a recurring theme in recent weeks, with his side getting the better of the stoppages, but lacking the polish to win games.

“I loved our team’s pressure throughout the game,” he said.

He has been an asset in defence since joining the Redbacks from Chelsea Heights, and prior to this game had kicked just one major in 2018.

Hampton Park cruised to a 115-point win over home side Hallam.

The Hawks showed some fight in the first half, trailing by 28 points at the major break, but once play resumed any hint of resistance vanished.

Despite Fry’s sack of goals, Kane Bloxsidge was named the Redbacks’ best.

Rory McIvor tried hard and was best for the outgunned Hawks.

A best on ground display from David Monaghan and six majors from Stefan Feehan helped set up a 72-point Springvale Districts’ victory over South Yarra.

The Yarras kept the margin to a respectable 28 points at half time, but the Demons added 9.11 to 3.3 during the remainder of proceedings.

Co-captain Mark Symons was best for the beaten Yarras.