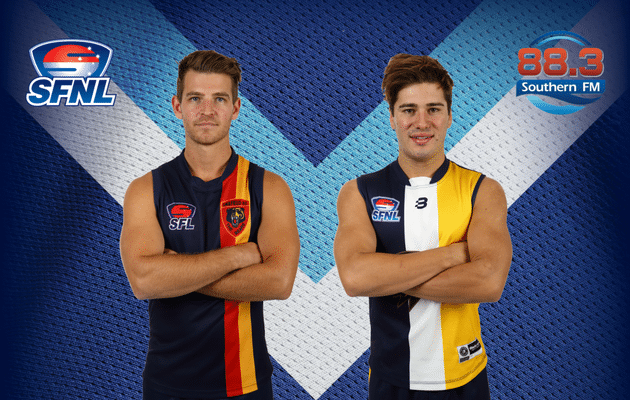 The upstart Doveton Eagles and Highett face big tests this week, visiting Caulfield and Murrumbeena respectively in our games of the week.

Game of the week

The undefeated Eagles face their biggest test so far this season when they visit the Bears at their home ground, a narrow Koornang Park.

Doveton has been the surprise packet of the season and has more or less obliterated its opposition at every turn, but this will be its first game against a likely finals contender.

Caulfield bounced back nicely against Highett last week to earn win number three, but may go into this match as underdogs.

Game of the week

Couldn’t split the two big-name clashes this week, with Murrumbeena starting to look like the premiership contender I’ve labelled them, while Highett is playing good football.

The Beena’s big name inclusions have been living up to the hype during the last two weeks and another former St Pauls star in Mark Marasco is another to join the club.

Highett has been well represented during the first four games to start the season, but will it have enough firepower to topple the home side.

It wasn’t that long ago that we saw Skye as a perennial finals contender, but it’s been a tough start to the season at Bomberland and it doesn’t get any easier this week.

Keysborough continues to be one of the top sides in the competition and at 4-0 and second on the ladder, with Matthew Carnelley hitting some form.

All roads lead to the Burra winning their fifth straight game to start the season and cementing themselves as a top three aspirant.

Had we spoken about this game before last week’s round, I would’ve suggested this to be a bit closer, but the Vampires efforts against Keysborough were very encouraging.

Both sides have had their struggles to start the season, but East Brighton looks like its coming out strong with Kai Love-Linay hitting a purple patch of form.

The Clays haven’t had a better chance to win a game so far this season however, and will be keen to have a number other than zero in the win column.

Another match between a couple of old school rivals from back in their Division 3 days, with Hampton hosting Mount Waverley.

The Hammers have endured a tough draw to start the season but encouraging performances against Murrumbeena and Caulfield suggest a win isn’t too far away.

Mount Waverley has earned two wins for the season and has beaten the teams they would’ve pencilled in as wins, but this will be a tough clash.