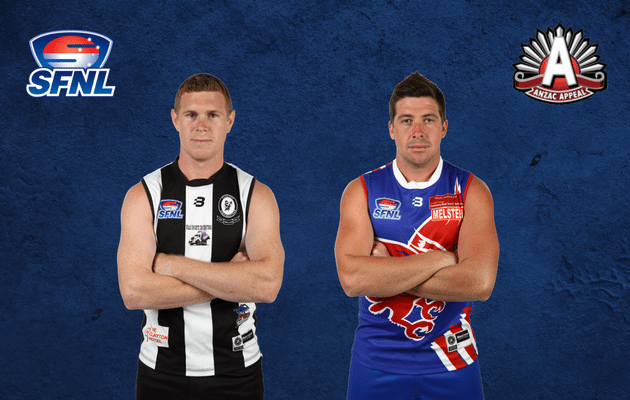 Four matches will be played on Saturday in Division 2 for ANZAC Day round with Caulfield and Murrumbeena the highlight of the weekend, with Clayton and Keysborough to do battle on Sunday as the Clays continue their tradition of a stand-alone Sunday game.

These two sides have had a lot of fantastic matches against one another across the last couple of years, but this might be the most intriguing of them all.

Caulfield is coming off a strong start to the season, winning two straight, and boasts a deep line-up with a number of forward options.

Murrumbeena hasn’t been able to live up to the hype so far, with one win and one loss, and may go into this match as underdogs.

The Bombers will be looking for win number one of the season, but its going to be a tough ask coming up against Doveton Eagles, who sit atop the ladder.

The Eagles have been the surprise packets so far in 2018 and have immediately burst into finals contenders with some excellent performances.

While Skye always performs strongly at home, it will be difficult for it to cause an upset in this one. Difficult, but not impossible.

These two sides once combined to form an Under 19s team, so there is a bit of rivalry between Hampton and Highett, especially early in the season.

Hampton has had its moments so far this season against some good sides in Murrumbeena and Caulfield, but are yet to win a game.

Highett has been one of the in-form teams through two rounds and will again go in favourite with too much firepower up forward.

It doesn’t seem that long ago where these two sides were among the pack hunting for the final spot in the top five last year, only for neither to get it.

The Lions enjoyed a solid win against Clayton last week to get on the board, with Caleb Schulz impressing for the second straight week.

East Brighton can be commended for getting back into the contest against Doveton, but can’t afford to start that slowly again.

These two clubs have experienced opposite starts to their respective seasons, with the visitors coming into the match as heavy favourites.

Clayton have endured two straight losses to start the year and unless there is dramatic change on the field, it’s going to be three.

Keysborough have been the benchmark so far and will only be more confident after defeating Murrumbeena last week.