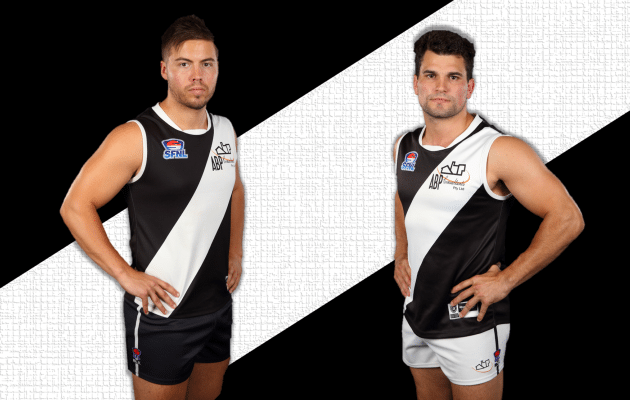 Tweet
After two premierships from three grand final appearances in 2017, the Oakleigh District Football Netball Club is determined to build on this year's success.

And at the forefront of this on-field development will be the club's newly appointed Senior Coach, Phil Harvey, who will lead the Districts' football department in 2018.

With strong knowledge of local football within the region from both a coaching and playing perspective, Harvey also brings a leadership style which is strongly aligned with the club's “we fly as one” motto. When recently addressing the club members, Harvey stated that his role is not only about being the senior football coach, but to lead and communicate with all club teams, including men's football, women's football and netball.

Harvey will be supported by new assistant coach Bruce Mullen, who is keen to implement structure and leadership into the team. Star on-baller Brad Virgona, who is sidelined for 12 months after a serious knee injury this year, has been appointed as forwards coach.

The Districts also recognise and embrace the value that women' play in sporting clubs, and as such will field both women’s football and netball teams again in 2018.

After this year's achievements in the inaugural SFNL Women’s Football competition, which included a Grand Final appearance, re-appointed coach Leigh Morgan is keen to further develop the team and welcomes new players eagerly.

Also keen to build on success next year is the netball department, and after tasting premiership glory in only their second year of competition, the club was thrilled to re-appoint Melodie Aitken as its netball coach for 2018.

Off the field, Oakleigh will again be backed by a strong committee next season. Rick Nagliati has been re-appointed as club President, and joining him as Vice President will be long-time Oakleigh favourite Ash Biram. The pair will be supported by the committee and a team of hard working volunteers.

"Oakleigh District is a proud community club. We want everyone to feel welcome and included and in 2018 we continue that legacy," Nagliati said.