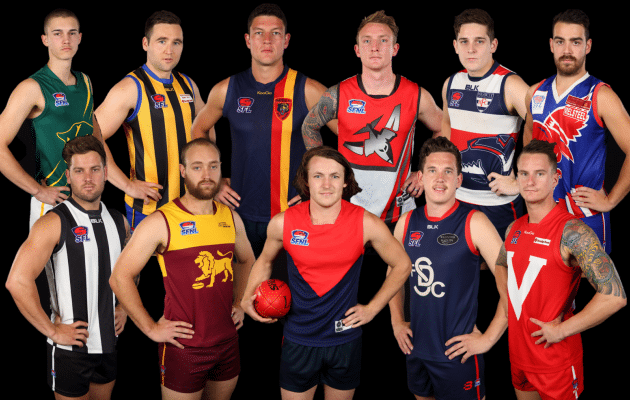 After yet another strong season in 2016, reaching the grand final, the Bears will undoubtedly go into the new season as one of the premiership favourites.

While the loss of key utility Nick Gilbert will hurt the side in terms of forward production, the inclusion of Port Melbourne Colts premiership coach Brad Julier is a big plus.

Another finals appearance is a must for Caulfield to view this season as a success, but with the experience this team now has, a grand final berth is a real possibility. After missing out on a grand final berth in 2016 in heartbreaking circumstances, the Heighters will undoubtedly be gearing for another run at the big dance this year.

The strength for Chelsea Height’s list this season will be the inclusion of several talented players such as James Robertson and Kade Murphy from 2016 Division 1 grand finalists Bentleigh.

As long as Phil Smith and co continue to lead from the front, another run at a grand final is within reach for the boys from Beazley Reserve.

The fall of the Vampire culminated in a last place finish in Division 1 last season and a relegation down to Division 2, but East Brighton will not settle in the middle flight of the SFNL.

Mitch Backman is back and with Andrew Jansen still an inspirational leader down at Hurlingham Park, East Brighton will look to contend.

While it’s always hard to tell how a Division 1 relegatee will go in their first year in Division 2, expect East Brighton to be up and firing come Round 1.

The Hammers were in finals contention for the majority of 2016, but a disappointing finish to the season will leave those faithful supporters at the Toolbox yearning for more this year.

While Hampton has lost a few players from last year’s group, Justin Isaacs is still around and is a strong finisher around goal while Josh Burbidge is a star.

Unless the Hammers can put together a consistent season, finals may again be out of reach, but they will be a team to watch out for early. The Tonners were a surprise packet at times throughout last season, earning some confidence boosting wins against the likes of Murrumbeena and Skye.

It could be a different season however, with the loss of Matt Van Schajik, among others, likely to leave them wanting up forward.

If the new talent coming into the club can step up there is no doubting Heatherton will be competitive, but it remains to be seen if finals can be achieved.

The Dogs were able to enjoy a finals berth last year, but were knocked by Skye in the elimination final, leaving this talented team wanting more.

The likes of Peter Poelsma and Jess Elms are gone but getting James Taranto from St Pauls is a good get for what is already a potent forward line.

On their day, the Dogs are capable of beating anyone, but consistency remains an issue. Fix that and Highett are a real threat. Keysborough’s second year in the league wasn’t nearly as successful as its first, but a climb up the ladder is real possibility in 2017.

The Burra’s 2015 mentor Chris Bryan is back at the club and with talent such as Geoff Humphreys and Daniel Morland on the field, there is plenty of heart.

After reaching the finals in its first year, Keysborough will be keen to move on from last year’s disappointment and work towards another finals berth.

The Mountain Lions finally broke the hoodoo last year and took out the Division 3 premiership, moving them up into Division 2 this year.

Mount Waverley hasn’t done a lot of recruiting, which is strange entering a new division, but with a wealth of existing talent including co-captain Jarrod Wilkin, a legend in the SFNL who is likely playing his last season, the Mountain Lions will always be competitive.

Watch out for Michael Keem, a player brought in at the beginning of last season from Portland, a real hard nut who is one of the better attacking players going around. The Beena struggled mightily at times last year, after making the grand final in 2015, with injuries taking their toll as they missed out on the finals.

Murrumbeena will enjoy the return of several key players this year however, with Jake Semmel and Nathan Davidson coming back to the Beena Arena, while Lachlan Batt crosses over from Hampton to take on an assistant coaching role.

With coach Stevie Wright again at the helm for this season, a resurgence from Murrumbeena is to be expected. The boys from Bomberland have been one of the more consistent teams in Division 2 the past few seasons and are always in contention for a spot in the top five, something that hasn’t changed going into 2017.

Jess Elms comes across from Highett amongst a host other players, with the club enjoying a large number of junior players entering the fold.

A fierce defence and a highly competitive nature are two things you can always expect from Skye, and this will be no different going into the new season. Another disappointing year in Division 2 for the Districts who were again unable to take advantage of the best home ground in the competition.

But with a host of players coming into the club in 2017, including several from back-to-back Division 1 premiers Dingley, Springvale Districts could be in for a surge in the rankings.

It would be fitting for a club with so much history to be able to fight back into the fold for a finals berth and avoid relegation, but let’s wait and see.