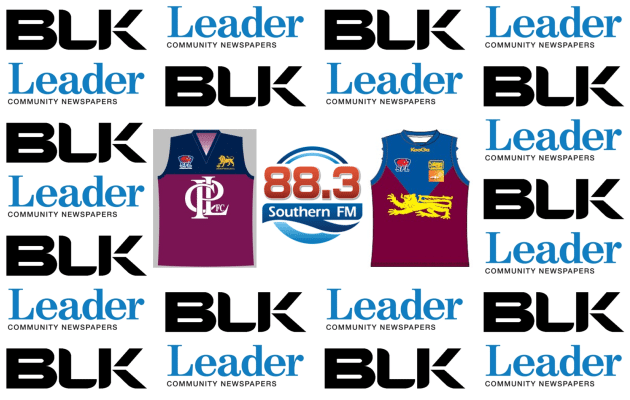 On Saturday the SFNL Radio team took the 'Caravan of Coverage' to Roy Dore Reserve for the season-defining Division 3 clash between Carrum Patterson Lakes and South Yarra. If you missed it, you can watch the highlights HERE or listen to the boys call HERE.

Listen to what Carrum Patterson Lakes' victorious coach, Omar Ak, had to say during his post-match interview below.

As always Wiz, Coutta and the Bug reviewed all the action from the weekend. This week they were joined by Donna Stevens, Head Trainer of the Dingley Football Club and SFNL Women's Achievement Award nominee. Listen to the round wrap-up HERE or via ‘Media’, then ‘Radio’, then ‘Podcasts’.

The powerful spearhead was unstoppable in attack all day and clearly the difference in his side’s win over South Yarra. His quick leading and sure hands saw him take plenty of marks inside 50, while converting most of his chances with his booming right boot. He finished the game with eight goals to bring his season tally to 69 and extend his lead atop the Division 3 goalkicking table to 16 majors.

Listen to March's chat with the radio boys after his BOG performance below. Bunareth, who plays as an onballer, uses his pace to break away from opponents. He has football smarts and uses the ball very well on both sides of his body, delivering passes with pin-point accuracy and hitting his teammates lace out. His second and third efforts are what every coach asks for in their players.