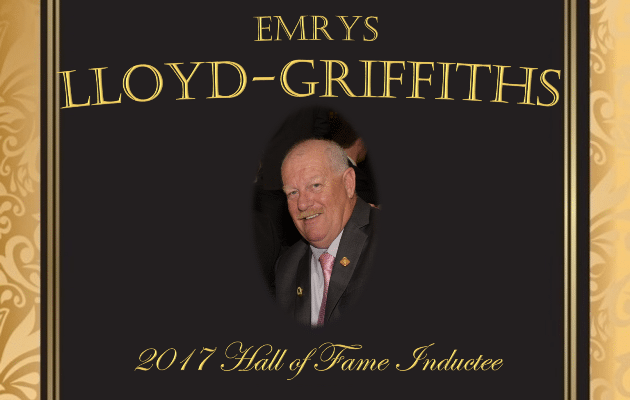 On a cold Friday night at Hurlingham Park, soon to be Hall of Fame inductee, Emrys Lloyd-Griffiths is in his element.

The latest phase of his long association with Murrumbeena Football Club is as inaugural coach of the women’s team.

Lloyd-Griffiths draws the attention of his young, enthusiastic players away from their chit-chat and giggles.

He quickly has their focus on his quarter time address, engaging them with his warm personality and liberal use of players’ names.

Lloyd-Griffiths strikes a balance between complimenting his players on specific pieces of play, and suggesting opportunities for improvement.

You sense his passion for the team and his desire to help players learn as individuals and as a collective.

Mind you, they are going alright so far, sitting second on the ladder and unbeaten after five rounds.

In the Hurlingham clash with East Brighton, the Beena girls proved too accomplished, charging to a 49-point win.

A couple of the girls Lloyd-Griffiths now coaches are the daughters of male players he previously coached at Murrumbeena.

His association with that club dates to 1977.

He originally played at Glenhuntly as a youngster in 1970, before moving to East Caulfield the following season.

He was left without a team when East Caulfield folded in 1976.

Along with a large group of East Caulfield teammates, Lloyd-Griffiths headed to Murrumbeena.

As well as 100 games played for Murrumbeena, Lloyd-Griffiths ventured to Box Hill Pioneers for a total of three seasons.

He had a couple of stints there. The first was as a player in 1985. He returned for the 1988-89 seasons as Reserves playing coach and as assistant coach of the Seniors.

In between those Box Hill periods he coached Murrumbeena’s Reserves and assisted the Seniors’ coach.

Lloyd-Griffiths’ Beena Reserves made the 1986 preliminary final, whilst the Seniors won the flag that year.

After finishing coaching at Box Hill, he had a year off before gravitating back to Murrumbeena.

“Was always going to happen,” is how he describes that move.

His daughters played at Murrumbeena before reaching the applicable age limit for girl footy players.

His wife ran the canteen there as well as being involved in social committees and is a Life Member of the club.

But back to Emrys.

He took on the challenge of being Murrumbeena Football Club vice president in 1991 under president Bobby Spaulding.

Lloyd-Griffiths gave more than a decade of service as vice president.

He fulfilled other roles at the club, as a committee member and secretary and performed a range of match-day duties.

“The only job I have never done at Murrumbeena is be president,” he says.

His contribution in “club land” is vast, but Lloyd-Griffiths has also played a key role in the development of the SFNL.

He was able to juggle responsibilities at Murrumbeena with those as a board member of the then SFL.

When he joined the league’s board ahead of the 2000 season, the SFL was in a precarious position.

“It was tough early days. We were broke. Board members were falling away,” Lloyd-Griffiths recalls.

The league office was so short-staffed he had to answer the phones in order to provide the person responsible for such duties with a lunch break.

It was early in Lloyd-Griffiths’ time on the board that Kingsley Ellis was appointed as executive manager to help turn things around.

Lloyd-Griffiths outlines the transformation that came over the league and its clubs.

In 2003, Lloyd-Griffiths stepped into the position of SFL vice president.

When the appointed president became ill in 2006, Lloyd-Griffiths assumed the role of acting president.

At that stage, the board was limited in size and he put out a call for help at a meeting at Clayton Football Club.

“I implored people to join the board,” he says.

Board numbers improved, as did the league’s performance.

These days, many involved in the SFNL community know Lloyd-Griffiths as
Mr Finals.

His association with finals started by chance one day at Caulfield when he was asked to help with the presentation of grand final medals.

That humble start led to his role as ground manager during finals series, a role he has performed for close to two decades.

His game-day responsibilities are now such that SFNL media presenter Ian Dougherty suggests Lloyd-Griffiths may be the “busiest man in the venue”.

If any umpires’ reports are made during the day, Lloyd-Griffiths must complete the necessary paperwork.

Typically on a finals day he works from around 7.30am to 5pm.

Another area in which Lloyd-Griffiths has been heavily involved is youth development.

He points out to Dougherty the risk of clubs having players poached to other competitions where there is more money available than there is in the SFNL.

This is where Lloyd-Griffiths sees a crucial role for SFNL clubs to invest in youth programs.

“I honestly believe if you don’t have under 18s or 19s you’re a dead man. Country football has far more cash in it than you’ve ever seen before and players are getting sucked away from the city.”

It was this perception that motivated Lloyd-Griffiths to sit on the SFNL’s Youth Development Committee, an organisation where he held the role of chairman between 2013 and 2016.

The aim of this committee is to assist clubs to develop their own talent and, by doing so, these clubs are able to turn junior players into long-term senior players.

It is apparent Lloyd-Griffiths has contributed extensively over the years, particularly to Murrumbeena Football Club and to the SFNL, both of which have honoured him with Life Membership.

He was included in the Murrumbeena Football Club Hall of Fame in 2007.

The league paid him further tribute by creating the Lloyd-Griffiths Medal for best on ground in Thirds grand finals.

He is thoroughly deserving of his place in the SFNL Hall of Fame.

Lloyd-Griffiths learned of his induction when wife Linda opened his letter from the league.

It sums up his work ethic that he was unable to reflect on the significance of the moment, as he had to rush off to a women’s football training session.

Lloyd-Griffiths is justifiably proud of the recognition he has received and it means plenty to him to join the likes of Bobby Spaulding and Steve Barnes in the Hall of Fame.