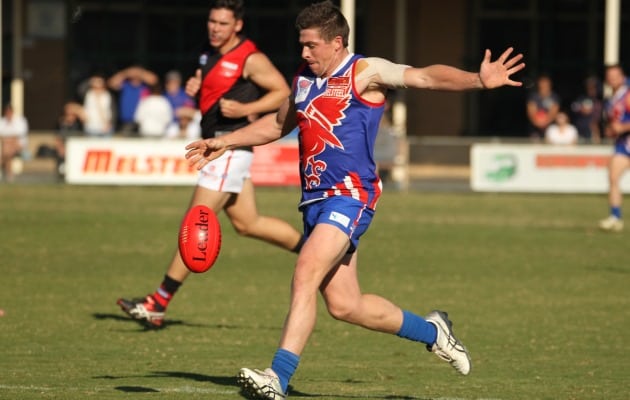 St Kilda City on the back of a strong second half got their first win in the battle of the winless sides, defeating East Brighton by 63 points at Widdop Crescent Reserve.

In a low scoring affair at Ben Kavanagh Reserve, Mordialloc held Cheltenham to four goals for the game to win by 26 points.

Bentleigh came back from a 31 point quarter time margin to defeat Oakleigh District by four points at Bentleigh Reserve.

East Malvern separated themselves from St Pauls in the third quarter to win by 18 points at Dunlop Reserve.

Black Rock were left to rue inaccuracy as Keysborough got the 27 point victory at Keysborough Reserve.

Hampton started strongest but it wasn’t enough as Murrumbeena by 47 points at Murrumbeena Park.

In the tightest match of the round, Chelsea Heights were able to hold on for a two point victory over Springvale Districts at Springvale Reserve.

Highett only allowed Heatherton to score in two quarter for the match to win by 41 points at Turner Road Reserve.

A six goal to one comeback final quarter got Endeavor Hills over the top of South Yarra by 11 points at Barry Simon Reserve.

Hallam inflicted more pain on winless Sandown as they claimed a 72 point victory at Edinburgh Reserve.

Ashwood claimed their first home victory of the season as they defeated Lyndhurst by 60 points at Essex Heights Reserve.

Mount Waverley remain on top of Division 3 as they defeated Lyndale by 98 points at Mayfield Reserve.