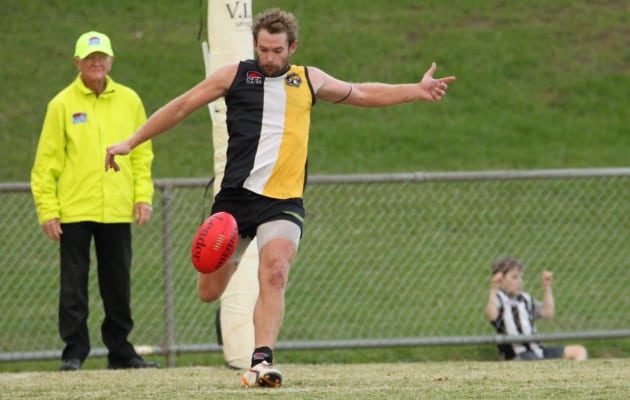 Catch up with all the latest SFNL news, reviews and goss from around the traps with The 5th Quarter. Listen to the podcast of yesterday's show HERE.

After trailing at every change, Bentleigh came from behind to defeat East Malvern by 16 points at Bentleigh Reserve.

A six goal to two last quarter was enough for St Pauls, as they defeated Cheltenham by 33 points at Jack Barker Oval.

Inaccuracy nearly cost Mordialloc as they held on for a 14-point victory over St Kilda City at Peanut Farm Reserve.

Dingley needed a five goal to two last quarter to maintain their unbeaten start to the year by 24 points at Princes Highway Reserve.

At Beazley Reserve, the game was beyond doubt at half time as Chelsea Heights defeated Murrumbeena by 77 points.

After leading by a single point at half time, Caulfield kicked away from Heatherton in the second half to claim a 43-point victory at Koornang Park Reserve.

It took until Black Rock until the final quarter to kick their only goal, as Port Melbourne gave them a 125-point thumping at McDonald Reserve.

Skye overcame a slow start as they defeated Hampton by 24 points at Peterson Street Reserve.

Eight unanswered goals for Highett in the final quarter was the difference as they defeated Springvale Districts by 59 points at Springvale Reserve.

Ashwood held Lyndale goalless in the second half as they claimed a 39-point victory at Barry Powell Reserve.

Dandenong claimed their first win for the season as they defeated Sandown by 42 points at Edinburgh Reserve.

At Fritsch Holzer Park, a five goal to one quarter in the favour of South Yarra separated the two sides as they defeated Carrum Patterson Lakes by 31 points.

Lyndhurst was held goalless in the first half as Doveton walked away from Marriott Waters Reserve with a 68-point victory.

Mount Waverley remain undefeated as they pulled away from Moorabbin in the final quarter to win by 57 points at Widdop Crescent Reserve.