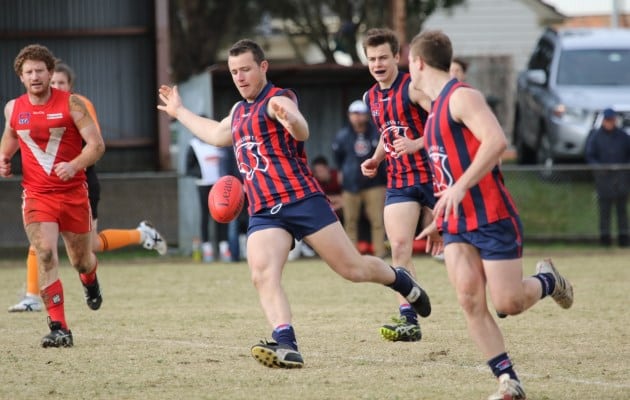 A dominant final quarter was the difference for Bentleigh as they defeated St Pauls by 21 points, leaving St Pauls 0-2 to start the season.

After a tight first quarter, East Malvern ran away from East Brighton finishing with a 101 point victory at Dunlop Reserve.

Over at Meade Reserve, Clayton did just enough in the last quarter to extend the winning margin out to 18 points over St Kilda City.

An eight goal to two first quarter set up Oakleigh District as they defeated Cheltenham by 62 points at Princes Highway Reserve.

Reigning premiers Dingley continued their strong start to the season as they defeated Mordialloc by 60 points at Souter Reserve.

Chelsea Heights defeated Black Rock at Beazley Reserve by 36 points on the back of 34 scoring shots to Black Rock’s 13.

Port Melbourne Colts extended their lead at every break to defeat Skye by 58 points to remain undefeated to start the season.

Heatherton kicked away from Murrumbeena in the second half to claim a 54-point victory at Murrumbeena Park.

Caulfield were able to overcome a three quarter time deficit to defeat Springvale Districts by 17 points.

A seven goal final quarter was not enough for Keysborough as they were defeated by Highett by 67 points at Turner Road Reserve.

Doveton Eagles held Endeavour Hills goalless in the second quarter and coasted to a 56-point victory at Barry Simon Reserve.

Lyndhurst claimed their first victory as a senior club as they defeated Sandown by 14 points in a game that both sides combined for 10 goals.

Hallam were able to overcome a slow start as they defeated Lyndale by 22 points at Hallam Reserve.

Carrum Patterson Lakes got no advantage from playing home at Roy Dore Reserve, as Ashwood left with a 118-point victory.

Finally, Mount Waverley handed Dandenong more pain to start the season as they were beaten by 125 points at Greaves Reserve.