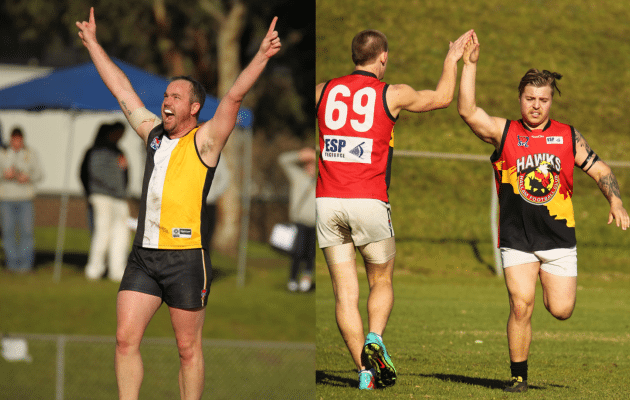 Inaccuracy came back to hurt Doveton Eagles as Ashwood overcame a quarter time deficit to claim a 25-point victory in Saturday's Qualifying Final at Hallam Reserve.

Hallam came from behind to claim their first ever senior’s final victory with a three-point defeat of South Yarra in their Elimination Final clash at Power Reserve on Sunday.

Bentleigh kicked the last seven goals of the game to come from behind to defeat Mordialloc by 19 points at Bentleigh Reserve.

Inaccuracy did not hurt Clayton as they defeated Cheltenham by 49 points at Meade Reserve.

East Malvern snuck into fifth place and the final place in finals as they defeated St Kilda City by 19 points at the Peanut Farm.

Oakleigh District piled on the goals after quarter time as they defeated St Pauls by 103 points at Princes Highway Reserve.

10 goals for Calhan Mcqueen was the impetus for Dingley to secure the minor premiership with a 122-point thumping of East Brighton.

A tight game at Carrum Downs Recreation Reserve blew open in the second half as Skye claimed a 53-point victory over Springvale Districts.

Port Melbourne Colts completed an undefeated home and away season as they defeated Hampton by 50 points at Murphy Reserve.

Highett held off a fast finishing Murrumbeena side by six points at Murrumbeena Park to claim fifth place.