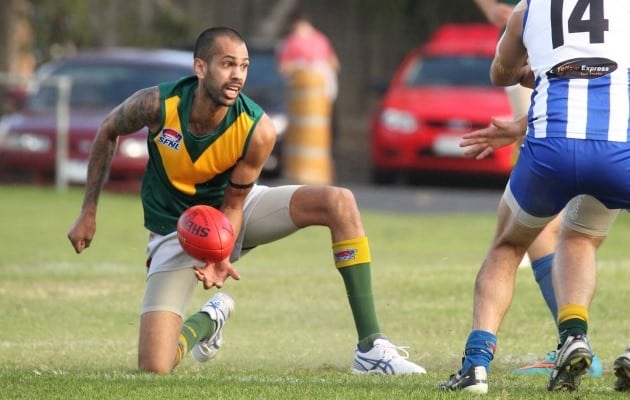 East Brighton remain winless in 2016 as they were defeated by Clayton by 93 points at Widdop Crescent Reserve.

Bentleigh held East Malvern scoreless in the second quarter as they pushed on for a 54-point victory at Dunlop Reserve.

Oakleigh District kept their final hopes alive and handed Dingley their second loss for the year with a seven-point victory at Souter Oval.

Chelsea Heights extended their lead at each break as they defeated Springvale Districts by 63 points at Beazley Reserve.

Despite trailing at quarter time, Port Melbourne Colts were able to defeat Caulfield by 55 points at Koornang Park Reserve.

A six goal to zero first quarter gave Keysborough impedance as they defeated Black Rock by 64 points at McDonald Reserve.

A 51-point three quarter time lead was nearly not enough for Murrumbeena as they held of Hampton by two points at Peterson Street Reserve.

A strong first half was the difference as Highett defeated Heatherton by 83 points at Ross Street Reserve.

A tight game in the first quarter blew out as Endeavour Hills defeated Moorabbin by 88 points at Barry Simon Reserve.

Most of the damage was done in the second quarter, as South Yarra defeated Sandown by 99 points at Edinburgh Reserve.

Ashwood fell to fourth on the ladder as they were defeated by Doveton Eagles by 48 points at Essex Heights Reserve.

Hallam held Dandenong goalless in the first half as the claimed a 76-point victory at Greaves Reserve.

Lyndale kicked away in the last quarter as they defeated Carrum Patterson Lakes by 30 points at Roy Dore Reserve.