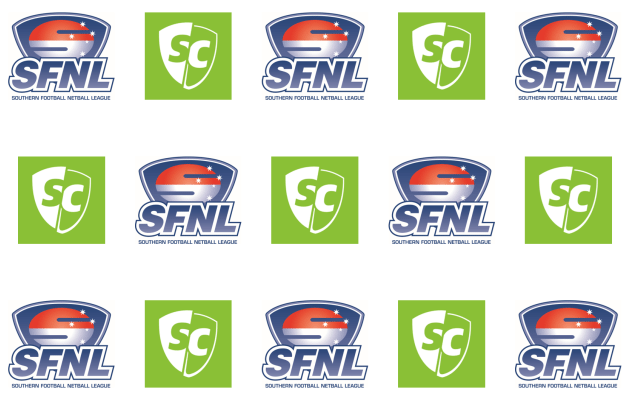 Social media went into overdrive yesterday following the announcement of the Wilbur's Warriors backline and the feedback I have received from punters through the various social media channels can be summarised in the following points:

But any Supercoach worth his salt will tell you that picking a team of defenders isn't overly difficult as the best ones stick out like a sore thumb. Selecting your onball brigade, however, is what separates the contenders from the pretenders as this is where the bulk of your fantasy scoring is done. This is the line you don't wanna get wrong.

The other difficulty is that every footballer running around seems to be a midfielder these days. How can I possibly narrow it down to just 11 players from across the three SFNL divisions?

With great difficulty, I can assure you!

Nevertheless, my squad has been picked. See Wilbur's Warriors midfield line-up below.

Wilson claimed his second Ellis Medal last year (tied with Scott Lawry) after an absolutely tremendous season. The tattooed ball-winner has an uncanny knack of finding the footy in tight spaces and looks a million dollars bursting out of packs with pill in hand. I love the way this bloke goes about his footy. St Pauls ace Liam Wilson might not be the flashiest player in the comp, but he's certainly one of the most effective.[/caption]

Like a bottle of Penfolds Grange, this bloke just keeps getting better with age. Last year Bentleigh’s inspirational skipper took home his first Ellis Medal (to go with his two Division 2 awards) and was regularly among his side’s best. Despite his age he still has pace to burn and loves to win clearances and break away from stoppages. Lawry will be a major beneficiary of towering ruckman Andrew Walsh’s recruitment and was a standout candidate to captain Wilbur's Warriors. Wilbur's Warriors skipper Scott Lawry is a revered figured at the Demons.[/caption]

Since crossing over from Collegians (VAFA), this bloke has established himself as key weapon in the Oaks' engine room. A classy midfielder, Howison can tear games apart with his slick ball use and penetrating run, as evidenced by his BOG performance in last year's Division 2 decider. The Kiwi native also captained New Zealand in the 2014 International Cup. Goalkicking onballers are loved by Supercoach aficionados, but good ones are hard to find. Bartholomew slotted 24 majors last year, which is a fantastic return. Has uses his run on the outside to burst clear from packs and at full flight he is a pleasure to watch. Luke Bartholomew is a weapon with ball in hand.[/caption]

An exciting young player with blistering leg speed, the diminutive Peryman is a ball magnet. He polled 14 votes in the Ellis Medal last year, despite his side winning just two games, and looks set to dominate in Division 2 this season. You could argue he’s not the most efficient ball user, but then again neither is Dane Swan. Courageous and loves to tackle, too. Short in stature but big on heart, Jordan Peryman continually delivers for the Heighters.[/caption]

Demanded selection in this team after his stunning debut SFNL season. A runaway winner of the Bennett Medal, ‘Joffa’ is a raging bull in the guts. Hard-bodied, wins the hard ball and kicks goals. Every club needs a player like him in their engine room. A nuggety inside midfielder with a booming leg on him, Allan is one of the competition’s most dangerous players. Played in the forward half of the ground at times in 2016, particularly in the back end of the year, and proved a very handy goalkicker. Is a two-time SFNL Interleague representative. Jarryd Allan has been a wonderful acquisition for the Dogs.[/caption]

A highly-decorated superstar of the Division 3 competition, Wilson was last year a shining light in a difficult season for the Eagles. Finds plenty of the footy and influences games. With the club returning to Division 3 in 2016, Wilson is set for another big season. Has also taken on the senior coaching role at the club. Corrie Wilson (#8) about to win another clearance.[/caption]

The former Port Melbourne VFL player is a prolific ball-winner and could be this year’s Joffa Humphreys. Blessed with great speed, Sutcliffe loves to run the footy and will bring a fair bit of excitement to the Division 2 competition. I can’t wait to see the multiple club best and fairest winner in action. Brad Sutcliffe has been a star with Port Colts in the WRFL and we look forward to seeing him in action in the SFNL in 2016.[/caption]

A previous Ellis Medallist, Purvis was runner-up again in 2016 and third in club B&F voting, which is just reward for another standout year. Despite being built like a tank, the ex-VFL player is very athletic and equally dangerous in the guts or up forward. Can rack up big numbers and is nearly impossible to tackle due to his tremendous strength. A star at the Peanut Farm, Purvis is a deadly weapon both in the midfield and up forward.[/caption]

A dual position forward/onballer, Chapman is an excitement machine. In the midfield he is a line-breaker who uses his blistering pace to find acres of space, particularly across the wing and half forward. He is a deadly accurate by foot and regularly spots up targets inside 50. When in range, though, he can dob a goal from absolutely anywhere and only needs a sniff to turn a game in Ashwood's favour. TOMORROW: Will selects his team's ruckmen.