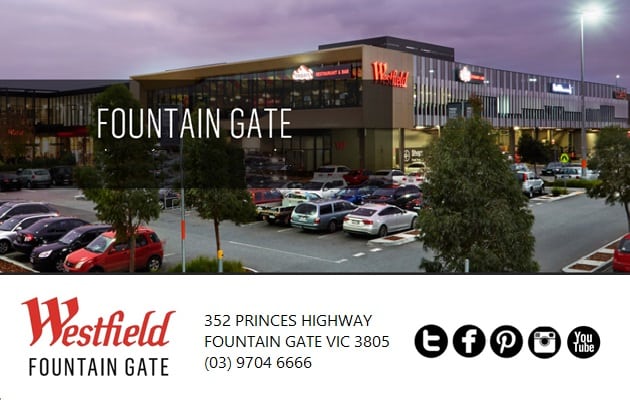 Westfield Fountain Gate will and feature at key events throughout the year in various spaces such as; beauty and fashion for women’s events and kid’s entertainment around the ground of marquee games and finals. They will also support football through providing products to interleague players and entertainment and prizes during finals and other marquee games. Westfield Fountain Gate will be offering special benefits to players, members, team supporters and their families and look forward to making them feel welcomed.

Background: Westfield Fountain Gate is located at 352 Princes Highway, Fountain Gate, VIC 3805 in one of Victoria’s fastest growing municipalities, approximately 45 kilometres south-east of Melbourne’s CBD. The centre caters to a trade area of around 480,000 residents and is now one of the largest shopping centres in Australia by GLA.