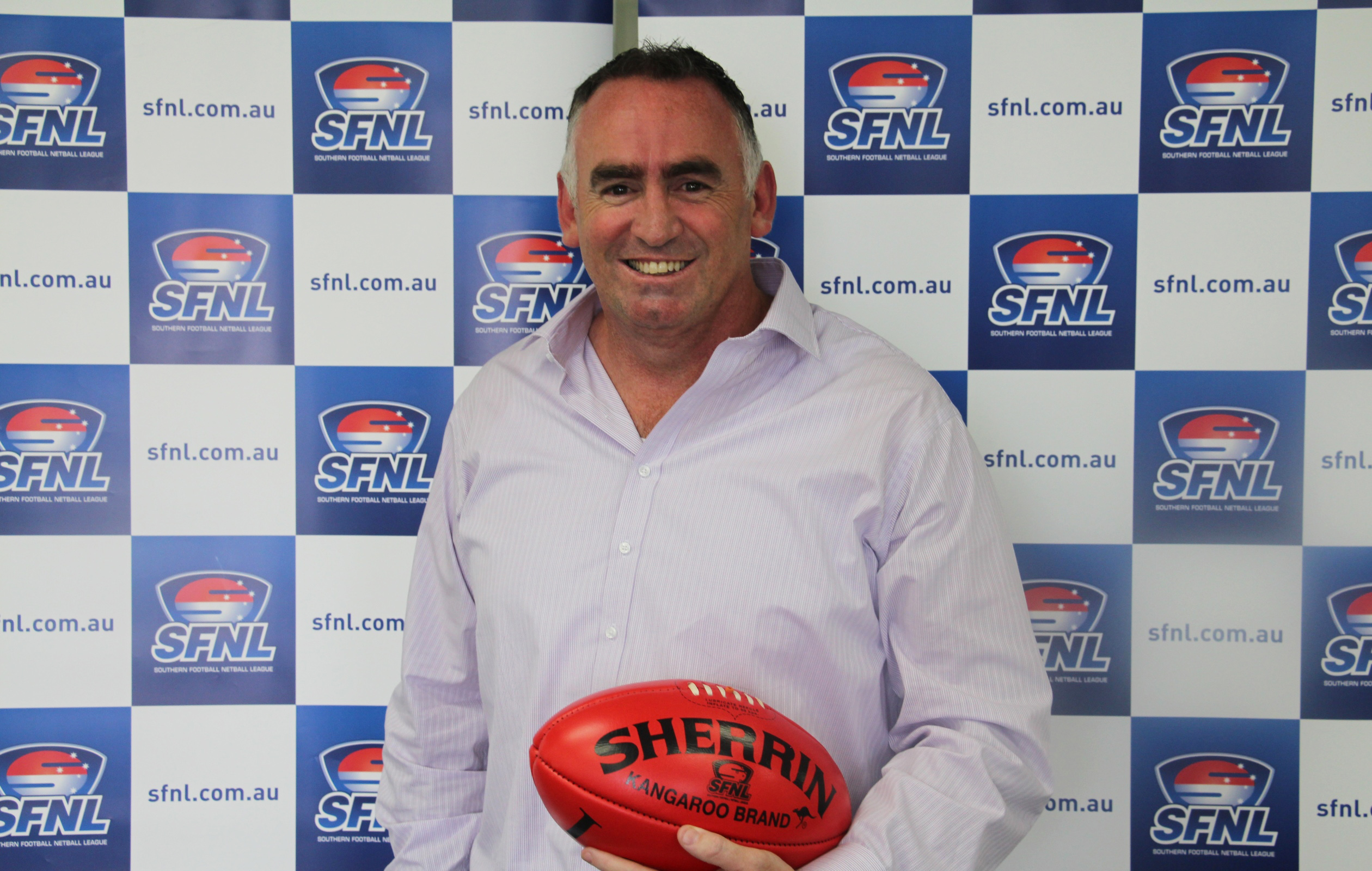 Tweet
The SFNL Board is pleased to announce the appointment of Lee Hartman to the role of Chief Executive Officer of the Southern Football Netball League (SFNL).

Hartman replaces Mike Palmer, who announced his retirement effective October 31, 2018 and will undertake the role on an interim six-month basis.

Hartman comes to the SFNL with a wealth of experience within Community Football and Netball. Lee’s previous role as Region General Manager of AFL Barwon where he managed the Strategic Governance and Administration of 4 senior football leagues, 3 netball leagues, junior football, umpiring and game development, with over 20,000 participants in the Geelong region.

He has also previously worked as the CEO of Football & Netball Geelong and Operations Manager of the Northern FL.

Hartman has a great understanding of the community Football/Netball landscape and the challenges that go with that. He was an inaugural member of the AFL Victoria Community Club Sustainability Program (CCSP) Player Points System Policy (PPSP) & Salary Cap statewide sub-committee that helped develop the policies.

He also enjoys very strong relations with both AFL Victoria and Netball Victoria.

“I am looking forward to working with the Board, staff, clubs and stakeholders in the Southern region. The competition is very strong with 36 senior clubs and the growth of women’s football and netball is exciting. I look forward to bringing my knowledge and experience to the league” Hartman said.

Chairman Marc Gauci commented on the appointment: “We are delighted to have someone of Lee’s background and experience join us at the SFNL. Lee will help the Board strategically, commercially and make sure Club sustainability and growth remain our highest priority. We welcome Lee’s appointment and I know that the Member Clubs and Stakeholders will benefit from a professional of Lee’s standing in Community Football administration.

“Lee will begin with the league immediately to ensure a smooth transition from Mike Palmer. Once again, we thank Mike for valued contribution with the SFNL and we wish him all the very best in retirement.” The SFNL is delighted to welcome Lee Hartman as its new Chief Executive Officer.