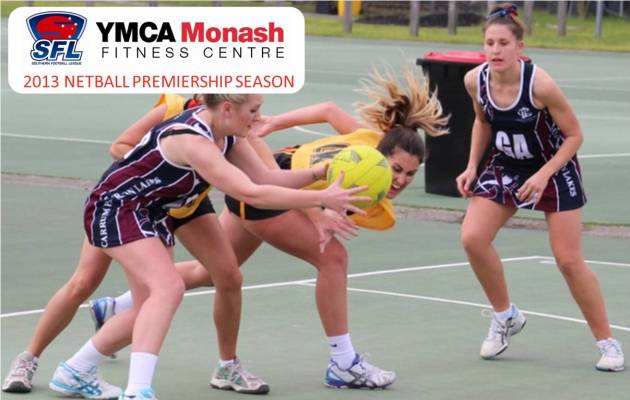 Tweet
Netball Finals get under way this Saturday, in what should prove a belter of a finals series!

In the First Semi Final this week, it's the 2012 Grand Final rematch between Dingley and Heatherton. Heavy rain caused the match-up between these two sides to be abandoned last month, and both sides will be eagerly anticipating this game.

Dingley have again taken all before them this year and go into this finals series undefeated. But they will be wary of Heatherton, knowing that the situation was similar when the two sides met in last year's Grand Final, where Heatherton inflicted Dingley's first (and painful) loss for the year. That said, Dingley have shown no reason to tip against them this season, and I'm picking them this week in a close one.

In the Second Semi Final, Bentleigh plays St Pauls. Bentleigh have been much improved this season and have proven capable of matching it with anyone. But the dogged doggies have a knack for producing when they need to and could well cause an upset here, in a game that will have plenty of feeling. With Lewis and Barnes among others in fine form for the Doggies, I think they'll be too strong for Bentleigh and will cause an upset.

Whilst Dingley accounted for CPL by 6 goals earlier in the season, the Dingoes were left scratching their heads after CPL easily accounted for them the last time around. That said, Dingley reportedly had a number of players missing and will have learnt from the drubbing CPL inflicted. I would anticipate a closer match-up this time around, similar to the first time these two sides met, but with Sophie McGuiness and the girls from CPL to again take the chocolates.

Last time these two sides met St Kilda City took out an absolute nail biter. Their free-flowing game and well-honed ball movement driven by coach Kate Foster has been outstanding at times, but inconsistent in patches. Clayton too have shown improvement and extra cohesion this year, and will be better for the experience of last season. Once again I'm tipping an epic match, and there will be little separating these two teams at the close of play. Toss of the coin.

Originally added as a team to avoid a bye and provide more netballers a game, Hidden Grove have taken Division 3 by storm this season. Well drilled and with considerable experience on their side, Hidden Grove move the ball at a frenetic pace and place relentless pressure on the opposition. Bentleigh on their day are capable of toppling them, but I can't see it happening this weekend.

No one knew where Hidden Grove was at the start of this season; they certainly know where it is now.

Both new sides into the competition, both have performed terrifically well considering their respective late starts and some scrambling for numbers in the weeks leading to the season. Mindy and the crew at Cheltenham have proven they have what it takes in big games, having toppled ladder-leaders Hidden Grove comfortably earlier in the season. But so too have Lyndale, and the presence of either side will no doubt made Hidden Grove nervous. This again could go either way, but for me, the form suggests Cheltenham may just pip the Pumas in a tight one.

Get down to the SDNA courts this Saturday for all the SFL YMCA Monash Netball final action from 12pm!

For further information or clarification on Finals eligibility contact matt.duck@sfl.com.au