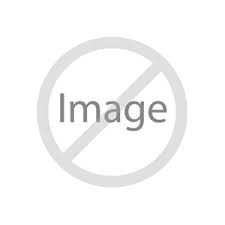 It creates discussion everywhere, from the bars at pubs all around the country to around the office water cooler.

Over the past three days we have listed players 40-11 and all that is left to do is reveal the ‘best of the best’.

So without further adieu… the top 10.

In an age with athletes all over the place, “Ozzie” is somewhat against the grain in that he is just a pure footballer. One of the smartest players running around in suburban football, Larsen has made a huge impact since joining the Vampires from Bacchus Marsh. Whilst other teammates receive more fanfare and plaudits, typically it’s the unassuming Larsen that gets East rolling.

One of the most decorated players in the competition, there isn’t a great deal that Roberts hasn’t achieved in his football career. A fearsome competitor and one of the best readers of the ball in local footy, Roberts simply makes the Heighters tick. Entering the twilight of his fine career, no doubt he’d love to cap it off with a Demons flag.

Bruno returns to the SFL in 2013 after a year at Sandringham, but in a controversial move, has decided to call McKinnon Oval home, rather than the Peanut Farm. All contention aside, Bruno is one of the finest players in the competition and will only serve to further strengthen a mighty Doggies midfield. Along with the recruitment of James, Bruno has made St Pauls an unbackable flag favorite.

Arguably the finest player outside of Division One for quite some time, Fermanis has had a crack at both Noble Park and Sandringham, but loyalty has always seen him call the Districts home. A powerful unit in the midfield, bursting out of packs, or a nightmare matchup when resting forward, Fermanis holds Oakleigh’s premiership hopes in his own two hands.

The former number one draft pick is still a Rolls Royce. Returning to his junior club half way through 2012, Johnstone nearly lead the Heights to that elusive Division One flag, only to fall agonizingly short. All reports suggest he is in fine fettle and set for a big full season at Beazley Reserve.

In most parts, Simon would simply be known as the son of former Richmond champion, Royce. But in the SFL, Royce is known as “Simon’s dad”! Hart starred in his first year in the competition with East Malvern booting 90 goals and helping them achieve a quick return to Division 1 by way of the flag.

Athletic ruckman whose mobility around the ground sets him apart from the rest. Has been an outstanding addition since crossing from Noble Park midway through 2011. Should have won the league medal last year before a broken leg at training deprived the Dogs of their most important piece.

With the likes of Poyas, Quinn, Bruno, Hassan, Silver and Jacobs in the Saints lineup at stages over the past seven seasons, it is easy to overlook the bloke who is as tough as old boots on the half back flank. But since their departure, SFL fans have been able to gain a greater appreciation for the City skipper.

Arguably the most consistent player in the competition over the past three seasons, the Vampires midfield tyro causes all sorts of headaches around the stoppages, and also when pushing forward. Fit as a fiddle, and with a work ethic and appetitive to win the ball Melbourne players could only dream of. A well-deserved league medal is the only thing missing from Williamson’s trophy cabinet.

Heath Barnes (St Pauls) and Steve Murphy (Chelsea Heights) were not considered for the list, as they are not 100% confirmed starters in 2013 according to information gathered.

Do you have a comment to make regarding the Top 40? Head to www.facebook.com/SouthernFootballLeague to see what others are saying about this list!