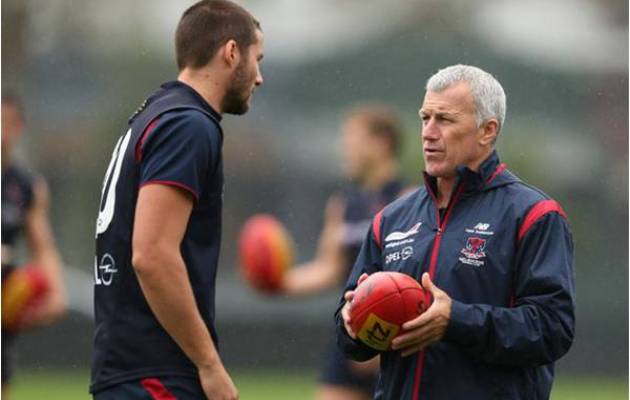 Tweet
Former AFL assistant coach and Western Bulldogs Team of the Century rover Brian Royal has been named coach of AFL Victoria’s Metropolitan representative side for 2014.

Royal will lead a team made up of the best metro players selected from a representative football triple header to be played on March 29 at Visy Park, involving the six Victorian metropolitan competitions.

It will be the first time in more than 20 years that the best players from country and metro Victoria come face to face.

AFL Victoria Metropolitan Football Manager Michael Daniher said the appointment of Royal to the new representative coaching role is a coup for the metro versus country game, and for the players selected.

“Brian brings with him vast experience at AFL level as an assistant coach, which will benefit our metropolitan side,” Daniher said.

“It is great to be able to provide the same representative opportunities for metro players that their country counterparts have enjoyed for a number of years, with the game set to showcase the best players at community football level in Victoria.”

Royal has spent two decades in the AFL system as an assistant coach, with stints at Western Bulldogs, Richmond, St Kilda and most recently Melbourne.

Royal said he was honoured to be given the reigns of the metro side, and it was an opportunity for him to give something back to community football.

"When I was approached and was considering the role, I felt after 20 years in the AFL system, it was an opportunity to give something back to grassroots football," Royal said.

He is looking forward to the challenge of taking on WorkSafe AFL Victoria Country in July.