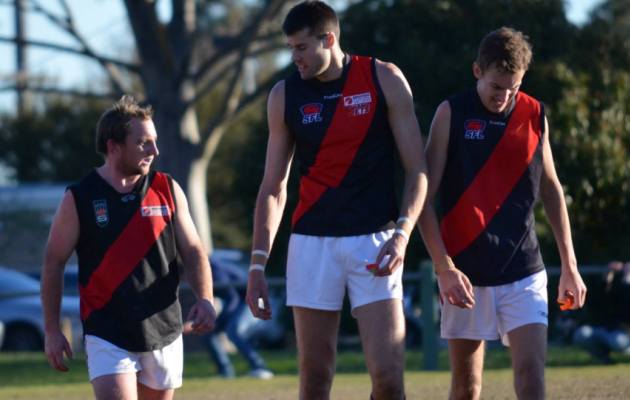 With the finals slowly drawing closer things really start to heat up in Round 12...

The two in-form sides of the competition clash in what is a blockbuster game. The Vampires knocked off the top side last week and look to continue that run by knocking off the second-placed side, Chelsea Heights, who have just been going about their business putting wins on the board. Should be an absolute ripper.

A must win game for Clayton as they cling to a finals berth. Unfortunately for them, they run into a red-hot Dingo side that has their eyes set on a top-two finish, which, if results go Dingley’s way, could be a possibility after this round, so don’t expect them to lay down.

This is Highett’s best chance for their first win of the season. East Malvern has struggled of late but will still go in as favourites. Despite both teams holding up the ladder this game should be a good one. Could only be a few points in it.

St Pauls will look to bounce back after suffering their first defeat of the season but the Saints have won 3 in a row and look to keep their momentum going as they march up the ladder. This is a danger game for the Doggies as the Saints will be a handful.

Heatherton will look to regain some of their form that they showed over the last month when they take on Cheltenham at home. The Rosellas will be looking for a big win as they could sneak into the top 5 if other results go their way. Expect the Rosellas to come out strong.

One of the matches of the round!  Two simple facts: if Skye wins they move into the top 5; If Mordialloc wins, they maintain top spot. This should be a ripper game as both of these teams had easy victories last week over the bottom two sides so should be ready to rumble.  There'll be no excuses at the end of the day. Gut feel tells me Skye.

In a game that Hampton has to win to keep their faint finals chances alive, I can’t see them losing.  They handled Caulfield at Caulfield earlier in the season and should repeat the dose here.  They shouldn’t take the Bears lightly though because they have the ability to surprise everyone and Caulfield could just as easily win this. In saying that, I don’t think they will.

Not much to say here. Oakleigh District should have no problem in defeating South Yarra.

Moorabbin has to win this week to keep their finals dream alive. Bentleigh need to win to hold their position. Unfortunately for Moorabbin, Bentleigh has a habit of bouncing back hard from a previous defeat, and I can see them bouncing as hard as ever here. I think Moorabbin will push them but Bentleigh will hold sway and win.

This is the other match of the round. Fact, the loser of this match will find themselves out of the 5, for this week at least. Both teams have modest percentages and will be throwing everything into this game.  I have been unlucky with my tipping with Murrumbeena as they have a habit of proving me wrong! This week though I think they will be victors on the tight Murrumbeena ground and should hold onto fifth spot!

Kicking off the split Round 12 is the game of the round between Dandenong and Carrum Patterson Lakes at Greaves Reserve. The Lions have now won five games in a row and are all but assured of a finals berth. However, of those wins only last round’s upset over Mount Waverley was against a top five side. Dandenong have been solid for most of the season and they were terrific in that final quarter last week. I reckon this game will be very close, but Dandenong will come out on top.

Over at Mayfield Reserve, Mount Waverley takes on Ashwood in what is a must win for both sides. The Mountain Lions were absolutely flying at the start of the year, but have now hit some turbulence and have just one win from its last four starts. Ashwood sits outside the top five on percentage only, and a win here would certainly help their chances of making it to September. They will put up a brave fight, but I think Mount Waverley, despite their recent poor form, are too good of a side not to bounce back with a win here.

The following weekend sees Black Rock travel to Barry Simon Reserve to face Endeavour Hills. The Jets really impressed me last week for three quarters, and although their final-term fade out was a concern, they still thoroughly deserved to win that game. The Falcons have been quite competitive in some games, but completely outclassed in others and I think Black Rock should win this pretty convincingly.

Doveton travels to Barry Powell Reserve to face Lyndale in a bid to keep its remarkable winning streak going. They sit three games clear on top of the ladder and the raging premiership favourites look to be a class above the rest of the competition. Lyndale fought hard in their previous clash with Doveton in round three, and although I think they will produce a similar effort at home, the result will be the same – the Eagles comfortably.

The final match is Sandown versus Hallam at Edinburgh Reserve. The Cobras have lost some winnable games this year, but they have shown an ability to mercilessly pulverise the bottom sides. The Hawks fall into this category, and I am tipping a big win for Sandown.

Hampton and Chelsea Heights kick off the split Round 12 with a Friday night clash at Springvale Reserve. The Hammers were solid in defeat last week and will again make a contest of this, but with a spot in the finals a possibility, the Heighters have more to play for here and should win.

Clayton hosts Dingley on the Saturday at Meade Reserve. The Magpies have been a bit disappointing this year and I don’t think they will be good enough to beat the fourth-placed Dingoes in this one.

The following Saturday sees a big clash between St Pauls and Skye at the Kennel. With both looking to shore up a spot in the finals, a lot is at stake here. I think the Bombers will come away with the points.

The final game is at Beena Arena and features Murrumbeena and Carrum Patterson Lakes. With Beena trying to set itself for a tilt at this year’s flag, I think they will be too strong for the visitors.

The Split Round breakdown: