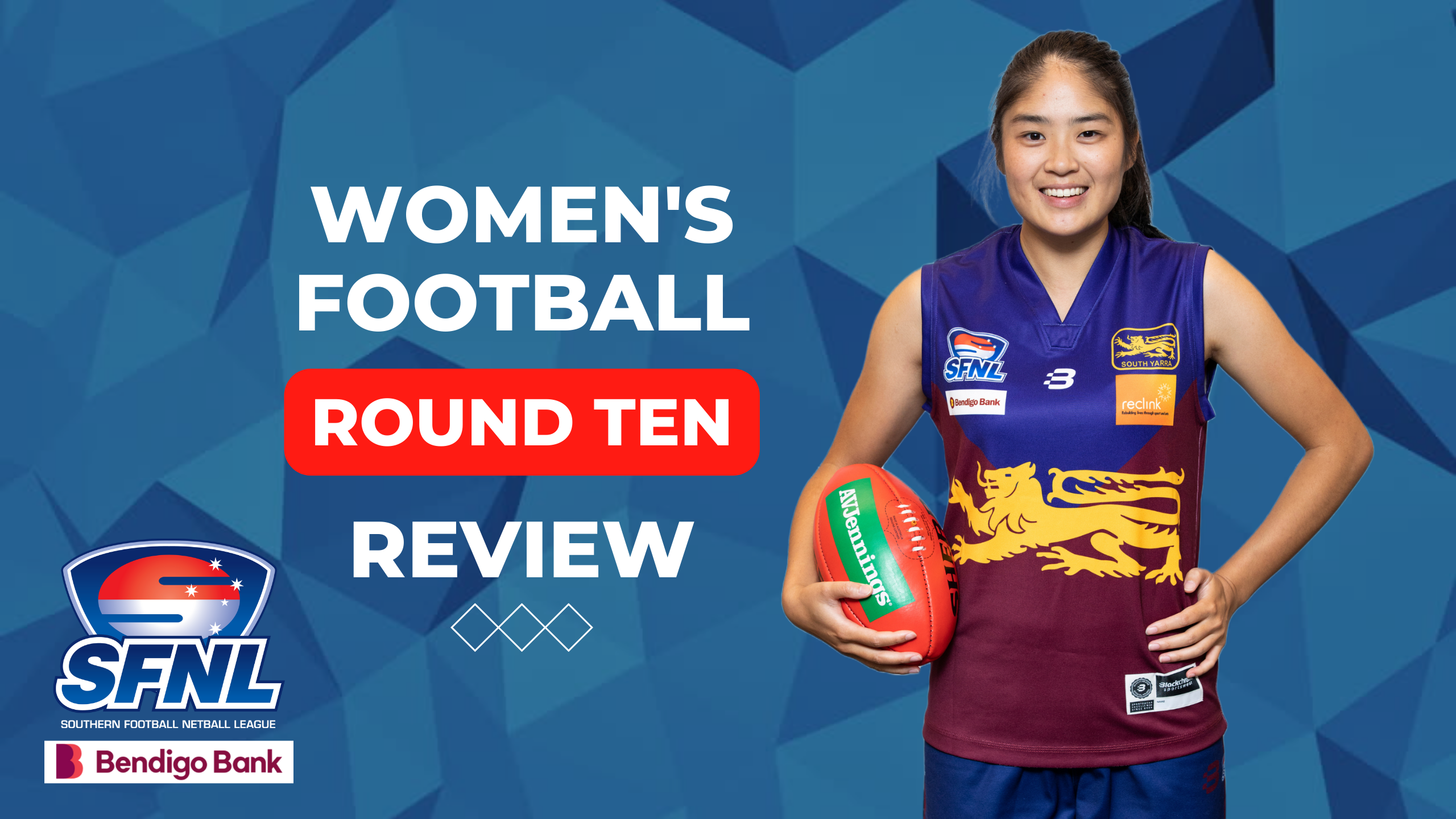 The Frankston Dolphins had their first taste of Victory for 2022, the two bottom sides in division one battling it out for the 4 points.

The Dolphins shared around their goals on the day, eight footballers getting their chance to score while Talya Cunnington and Delaney Kupsch kicked two each.

Hallam have continued a troubled start to the 2022 season however, the team does not look like they will be giving up any time soon.

Frankston Dolphins will take a big first win over to Endeavour Hills this week as they battle it out for the 2022 Pride Cup.

Endeavour Hills managed to keep a strong Narre South Saint’s team at bay, piling on the points with an impressive 22 scoring attempts.

The Falcons kicked three quick goals in the opening term, taking control of the game early and locking in the lead.

The Narre South Saints struggled to keep up with Endeavour Hills however, their efforts were highlighted by a great performance from Tali Verhoeven.

Endeavour Hills will be hosting the 2022 Pride Cup on Sunday against the Frankston Dolphins, a game that will be enjoyed by all club members.

East Brighton coming off the back of a Windy win against Bentleigh looked ready for a big game against an experienced Murrumbeena side.

It was a very close battle between the two on the day, East Brighton managed to take control of the ball on multiple occasions and kicked three quick goals in the third quarter.

Grace Bibby kicked a goal, the only goal of the fourth quarter to secure the win for the Lionesses, locking the ball away from the Vampires.

This loss has left East Brighton as fifth on the ladder behind Bentleigh, Murrumbeena now hoping to push their way up from third.

A big loss for the demons at the hands of Casey Thunder, these two clubs met for the first time ever in one of Bentleigh’s biggest challenges yet.

Tameka Youn was a great asset for Casey Thunder in the midfield, pushing the ball into their forward line resulting in Natalie Vandort, Montaya Forsyth and Lana Fullwood scoring three goals each.

While there wasn’t much time in the Bentleigh forward line, Jaclyn Vial was a marking machine in the backline continuously kicking it out of danger.

Bentleigh never put their heads down despite their lack of a score, Casey Thunder have now continued their undefeated streak into the 2022 season.

Clayton hosted the Skye bombers to kick off another weekend of SFNL women’s football, unfortunately for Skye it just wasn’t their week.

Nikayla Walker had a great game for Skye, kicking their only goal of the day but ensuring that her team was still competitive on the day.

The Collins family have starred for Clayton again with Sarah, Maggie and Zana kicking a goal each alongside four goals from Evangelia Nikolitsis.

Clayton continues their climb up the ladder, looking ahead now to try and knock off ladder leaders Black Rock next week.

A tough and tight match between the Puma’s and the Jet’s took place at Barry Powell Reserve, both teams pushing through a goal-for-goal match.

Lily Baker kicked an impressive bag of 5 goals for Black Rock, this comes alongside continued stand-out performances from Georgia Howes.

Courtney Wood continues to stand out with impressive performances in the Lyndale forward line, kicking three against the Jets.

Black Rock have further cemented their spot-on top of the Ladder, continuing a great run for their inaugural season.

The Yarra’s have finally done it, after a tough and COVID riddled start to the season South Yarra have secured their first win.

Jess Walter kicked South Yarra’s first goal for the season in the first term, later scoring a second and pushing her team closer to the win.

Bianka Tsan continues to lead a troubled side with a great performance, the Kanga-dogs were unable to get their first win of the season but have kept their heads high.

The two club’s celebrated the upcoming pride round in a great display of sportsmanship, Moorabbin/St. Paul’s McKinnon continued their hunt for their first four points.