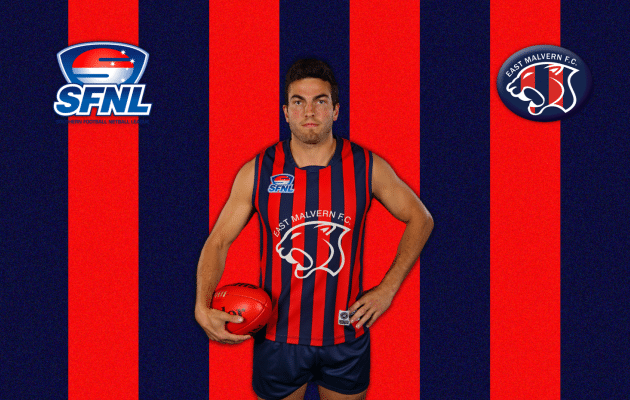 Robbo to Lead Panthers in 2018

Tweet
The East Malvern Football Club are pleased to confirm that co-captain Nathan Robinson has been appointed as playing senior coach for the next two years.

Robinson replaces Ben Lockwood, who took the club to consecutive finals appearances in his two seasons at the helm.

In the two years Robinson has been with the Panthers, he has displayed outstanding leadership, resulting in the captaincy last year, but also an astute football mind and has built a great rapport with all people involved at Dunlop Reserve. He has a clear direction in which he wishes to take the group with the absolute cornerstone being enhanced relationships and a one-club mindset.

The clubs is extremely excited by what the future holds and are thrilled with Robinson's appointent.

Meanwhile, former Panthers captain Kurt Gowers has accepted the role as non-playing assistant coach and will be Robinson's main man on the bench on game day. Gowers has a very pragmatic and balanced view of football, as well as an extensive background at various high levels of football.

The 2017 seconds' Best & Fairest winner, Nick Dykes, has also been appointed as playing coach of the reserves. Highly respected and liked, Dykes is a fantastic addition to the club's coaching ranks.

The Panthers' first preseason training run has been scheduled for Monday 20th November.