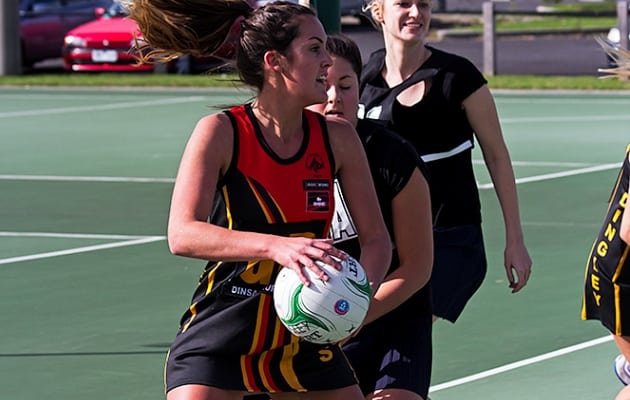 In the Preliminary Final this week, the 'well-rested' Heatherton comes up against Bentleigh. Heatherton found themselves in the difficult position last week of not having enough eligible players available to compete in the First Semi Final against Dingley, having been struck down with the injury curse (knee injuries to several key play-makers, including last season's joint Best and Fairest winner Jaime Regnier), whilst other players were away. Be that as it may, Heatherton earnt themselves the double chance by finishing second at the end of the Home and Away season, and whilst they were forced to forfeit last weekend, the side has given every indication they'll be back on the court this weekend, with several key players returning.

Bentleigh on the other hand went about their business last week, winning a thriller against St Pauls 26 to 24. The Demons have shown a penchant for winning close games this weekend, and do not appear at all daunted by the big stage. With key players Kristy Withers, Sarah Rigney and Lauren Stygall just to name a few, Bentleigh has also shown significant depth this season.

This should prove to be a great tussle. Heatherton have been here before and know what it takes, but Bentleigh just seem to be able to find a way to win at the moment. I'm predicting a close game, but based on last week's performance, I'm tipping Bentleigh to upset the reigning champs and knock them out in straight sets.

The challenge this week for Clayton is much greater. Carrum Patterson Lakes and Dingley have proven to be the two sides ahead of the rest this season, and last week's result further vindicated this. Clayton have had great contributions this season from the likes of Sarah Kurth, Kirsten Grainger and Sarah Vaileba just to name a few, but Carrum Patterson Lakes has equally benefited from consistent performances from the likes of Sophie McGuinness, Jessie Hawksworth, Rebekah Reynolds, Alyce Shilg and Georgia Donkin.

I expect this game to be closer than the last time these two sides met, but I think Carrum Patterson Lakes will again be too good, and should win.

The fears became reality for the top finishing Hidden Grove last week, when Bentleigh easily accounted for them by 14 goals and headed straight through to the Grand Final. Lyndale on the other hand proved too strong for Mindy Green and the girls from Cheltenham, thus ending their season.

Despite last week's performance, Hidden Grove arguably remains the team to beat. Solid contributions throughout the season from Mia McMillan, Betsy Foskett and Irene Gabell just to name a few have kept the wins ticking along for Hidden Grove. But Lyndale are dangerous; Stacey Davidson, Lauren Morgan, Nicole Hamilton, Belinda Schembri and Rhiannon Dempster have all had terrific seasons, and they're primed for this game.

It will take a big effort from Lyndale to overpower the supremely fast Hidden Grove this week, but I think they can do it.

Get down to the SDNA courts this Saturday for all the SFL YMCA Monash Netball final action from 12pm!

For further information or clarification on Finals eligibility contact matt.duck@sfl.com.au