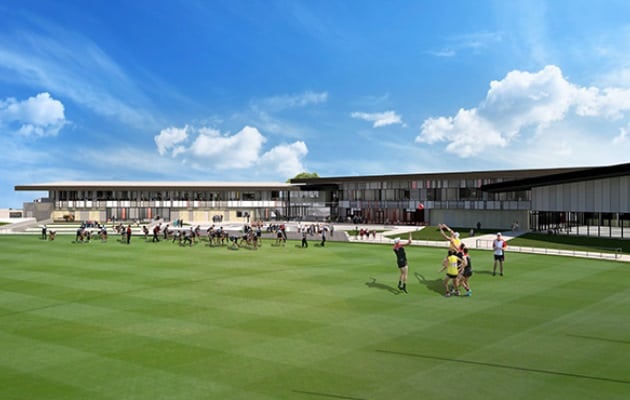 The application included concept designs and architectural images of the proposed redevelopment which includes:


The town planning application will be assessed by the City of Kingston over the coming months.

St Kilda President Peter Summers said that while the submission of the town planning application is an important project milestone there is still a lot of work to be done as the club moves closer to a return to Moorabbin.

“We want the revitalised Moorabbin Reserve to be a true football and community hub and it’s exciting that people can now see what our collective vision will look like,” he said.

“Moorabbin will help provide a pathway for junior footballers, coaches and staff and also be home to an elite AFL football program with everything that entails.

“It will transform a tired, rundown community eye-sore into something special and treat the precinct with the respect it deserves. It will restore Moorabbin’s place in our club’s history and provide a great platform for our future.”

“I would also like to acknowledge and thank all of the stakeholders involved for their continued support and cooperation, which has been critical to the ongoing success of the project,” Summers said.

“Working collaboratively with St Kilda and our ‘grass roots’ pathway partners, we are committed to making this ground-breaking ‘football hub’ concept an outstanding success,” Cranny said.

“It is an exciting development for Australian Football in our region that also begins to address our forecast increase in female participation across both football and netball. We believe Moorabbin Reserve can be the integrated AFL model for the rest of Australia.”

As a premium venue for women’s football Moorabbin Reserve will be a part of the solution required to redress the lack of female-friendly, inclusive sporting facilities in the bayside and south eastern suburbs.

Moorabbin Reserve will be of particular importance once the SFNL Women’s Football competition commences in 2017. Prospective players for the inaugural women’s competition can register their interest HERE.

Acting Minister for Sport Philip Dalidakis said the upgrade of Moorabbin would give the Saints and the local community a state-of-the-art venue with something for footballers of all age and ability.

"The upgrade of Moorabbin means St Kilda can return to its spiritual home, alongside the local community and budding footballers at a flagship venue they can be proud of."

"This is a rare opportunity for footballers of all ages and abilities to train and play at a venue they share with their heroes."