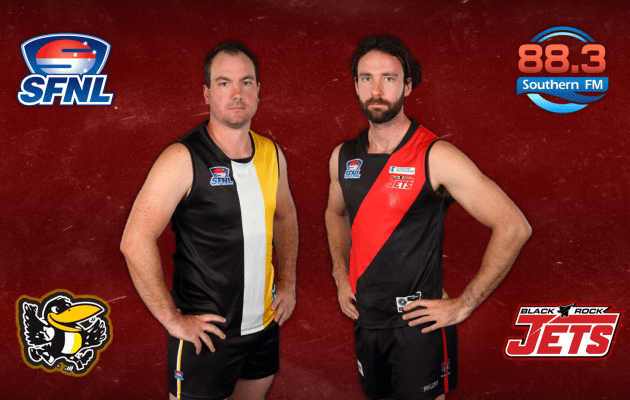 Several massive games are lined up for Round 12 that could have a massive impact on the finals race.

A massive contest between two sides with the potential to do plenty of damage come September.

The Panthers endured a tumultuous few weeks, dropping matches to Dingley, Bentleigh and Mordialloc within four rounds. However, it returned to form with its thrashing of Clayton last week, which sees it cement itself in outright fourth spot.

St Pauls, meanwhile, remains one of the competition’s top teams, having lost just one match (Round 8 to Port Colts) since Round 1 to sit second on the ladder behind Mordi on percentage.

This will be a game of contrasting styles. The Panthers will look to lock the ball in at every opportunity, which will give it’s bigger and more experienced ball-winners an advantage around the stoppages. Meanwhile, expect the Dogs to utilise its outside run and carry to great effect, which will bring in-form goalkicker Steve Muller into the game.

This is one match that could genuinely go either way. If East Malvern play to their capability, they have the potential to beat anybody, but it would take a brave punter to tip against the Dogs at the Kennel.

Either way, expect this game to go down to the wire.

The Rosellas were on top of the world after upsetting Mordialloc in Round 7, but they have saluted just once since as their season continues to free fall.

The seventh-placed Districts are faring only marginally better, but it showed positive signs in its loss to St Pauls last week.

The stakes are high in this one, as a loss for either side here will just about draw the curtain on their finals hopes.

Given neither side is setting the world on fire, it is impossible to tip a winner with any confidence, but its home ground advantage will see the Rosellas enter this clash as marginal favourites.

Another massive game in the context of the season as the Saints and the Demons chase the final spot in the top five.

St Kilda City currently clings to fifth by the skin of their teeth, just 0.91% ahead of the sixth-placed Bentleigh.

The latter’s remarkable mid-season turnaround has been one of the stories of the year. After six rounds, Bentleigh sat second last with just one win to its credit, but have since fought back to secure four wins from it last five starts and re-emerge as a legitimate finals contender.

City have shown plenty of promise this season, but have lacked any real consistency. On form, you cannot go past the Demons here.

With finals now all but out of the question for the Colts, they will be keen to finish their debut Division 1 season on a high and claim a couple of big scalps in the final weeks.

And scalps don’t come much bigger than Dingley.

They will have their work cut out for them, though. The Dingoes are beginning to hit their straps at just the right time as they chase their third consecutive premiership.

Port will again look to shut down their opponents’ outside run, but with match winners on every line, and the most prolific goalkicker in the competition up forward in Cal McQueen, Dingley should prove far too strong.

Ladder leaders Mordialloc this week host imminent wooden spooners Clayton in a match that will unfortunately leave plenty to be desired if it is a tight contest you are seeking.

The gap in class between these two sides is vast, and particularly on the large Ben Kavanagh Reserve, expect the Bloods to score freely en route to another commanding victory.

While the end of the home and away season is still seven weeks away, but the games are vital in shaping up the ladder for finals time.

Division 2 Game of the Round

Easily the game of the round, this match sees the in-form Bears tackle the fresh-faced boys from the Beena Arena in what is a crucial game for both sides.

A win for the home side will give it the advantage against Keysborough and move them to second spot on the ladder.

A win for Murrumbeena could potentially move it into fifth spot depending on whether Hampton can get the job done against Highett.

Should be a ripping match between two highly competitive sides.

This game is the perfect opportunity for Skye to start gaining back some momentum on the chase for a top three spot before finals.

The Bombers fell a game behind Caulfield in third after an upset loss to Mount Waverley and need to recapture its winning form.

Heatherton showed some positive signs against Hampton last week, but will have its work cut out for it against a tougher opponent.

These two sides provided one of the games of the season in their high scoring shootout during round three, with the Vampires prevailing.

This time around however, East Brighton may be reeling after four of its six games after the bye and are currently riding a three-game skid.

Mount Waverley are enjoying a two-match streak and are back in contention for the finals, something the boys from the Lions den will be keen to continue no doubt.

In years gone past, this may have been one of the games of the round, but with the recent struggles of Highett, Hampton will go into this match as clear favourites.

Having just moved into fifth spot, the Hammers will be looking to get on top early with a chance to go potentially two games clear of the other top five contenders.

Highett still sit three games outside the top five with similar percentage so while finals isn’t mathematically ruled out for it, on form I can’t see it getting in.

If ever there was a time Springvale was going to cause an upset of the ladder leaders, it would be this week on their home deck.

It’s not that Chelsea Heights is in poor form, having just defeated second placed Keysborough, it’s that the Districts are themselves in good form, winners of four of their last five games.

This will give them an enormous amount of confidence heading into the match and while I’m not tipping an upset, don’t write Springvale Districts off.

Black Rock continues to pile pressure on the teams in the five, particularly South Yarra, which is now just a game and percentage ahead of the Jets.

Expect that pressure to continue to build with Black Rock a strong chance to knock over Ashwood.

The Magpies are still second on the table and have lost only a couple of games, but Black Rock has the better form in recent weeks.

This will be a ripper.

Pride is on the line when two sides out of finals contention clash.

Lyndale won the last encounter against CPL by 88 points.

Expect a big win for his side.

High-flying Hallam has tasted defeat just once this season.

This week’s opponent Endeavour Hills inflicted that loss at the Hawks’ nest, with the margin being eight points.

With the fourth-placed Falcons this time in the role of hosts, another exciting contest is likely.

A win for Endeavour Hills is a possibility, but Hallam has continued to firm as premiership favourite and you would be game to tip against the Hawks.

A couple of defeats in a row sent South Yarra tumbling from third to fifth on the ladder.

Against likely wooden spooner Dandenong, the Yarras can’t afford a loss this week.

South Yarra’s Round 12 hopes evaporated when Adam Villella was shown a red card at quarter time.

The side will be determined to bounce back and can inflict a triple figure defeat on Dandenong.

EFL recruit, Eric Ghasperidis impressed for the Yarras last week and his precise passing will boost the side.

Lyndhurst was annihilated by Hallam last round and now faces another significant challenge against Doveton. It will be determined to put in a competitive showing.

The Eagles sit third on the table and are threatening to seize second spot from Ashwood.

There is too much at stake for Doveton to allow Lyndhurst a look in.

Moorabbin flogged Sandown by 87 points when the sides last met.

Sandown has shown glimpses of improvement since.

The Cobras managed a win against Dandenong in round 9 and kicked their highest number of goals in a game in round 12.

Moorabbin will win at Widdop Crescent, but Sandown will push the Kangaroos harder than it did in Round 2.