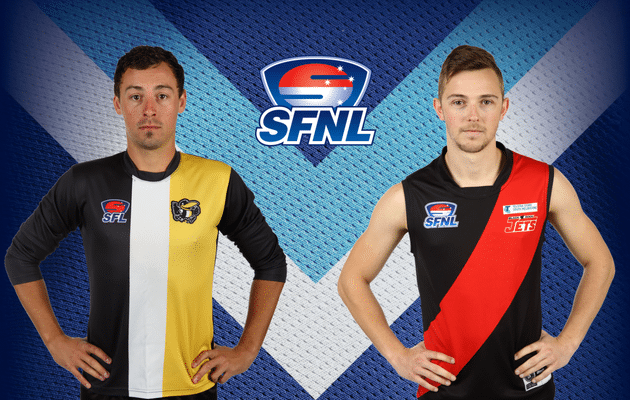 Endeavour Hills has strung together a couple of commanding performances against teams occupying the bottom rungs of the ladder.

South Yarra and Hallam were each dispatched by over 100 points.

Heatherton narrowly got the better of the Yarras last round and the Tunners remain third-last on the ladder.

Completing a hat trick of percentage boosters is on the cards for the Falcons.

Endeavour Hills won the Round 1 encounter with the Tunners by an emphatic 94 points.

After the disappointment of a narrow loss, Ashwood will get back to winning ways against Black Rock.

The Jets haven’t got close to beating any of the top four teams and succumbed by 53 points when they hosted the Magpies in Round 1.

Expect something similar this time.

South Yarra gets a second crack at Springvale Districts when it hosts the Demons.

The small uneven ground gives the Yarras some chance of being competitive.

The Yarras have won just one of four home games and that was only narrowly against last-placed Hallam.

Anticipate another substantial victory for the Demons, although their unfamiliarity with Fritsch Holzer Park could prove challenging.

The ground’s tight confines will certainly inhibit Springvale Districts’ running game, but the Demons’ class should shine through in the end.

Hallam’s season commenced with a 117-point defeat at the hands of Hampton Park.

The Redbacks held the Hawks to just one major for the game, booting 17 of their own in response.

Hampton Park finished with an alarming 40 scoring shots to three.

This time around, the Hawks are at least on home soil, but restricting their margin of defeat to double figures is about the best they can hope for.