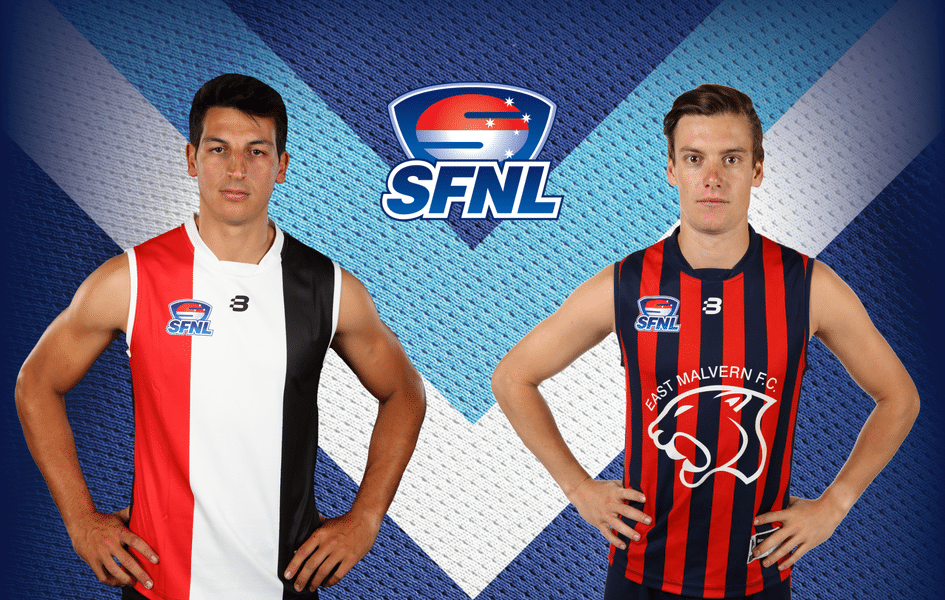 With three straight losses and injuries to key talls Steve Tolongs, Tom McMahon and Justin Summons, things aren’t looking as rosy as they were a few weeks ago.

The Bloods will be hoping their fortunes and form turn around sooner rather than later, with finals fast approaching, and they have a golden opportunity to return to the winners’ list this week when they host Chelsea Heights.

Speaking of tough runs, season’s end cannot come quickly enough for the Heighters, who have endured a horror year in 2018. Injuries and a lack of depth have crippled their campaign and, barring a minor miracle, the club will be back in Division 2 next season.

Ultimately, Mordialloc are a class above the Heighters and will record a convincing victory, which should be enough to secure its spot in the top three.

Cheltenham’s 2018 campaign is following a familiar narrative to previous years; a sluggish start followed by a barnstorming finish to the home and away season that puts the club right in the finals mix.

Their victory over Mordi last week was their fourth in a row and now places the club behind the fifth-placed Dingley on percentage. One slip up from the Dingoes, and the Rosellas will be ready to pounce.

This week they face a St Pauls side on the rebound for the first time in nine rounds, following their lacklustre defeat at the hands of the St Kilda City.

Their undermanned backline was exploited by the Saints last week, but they are likely to regain key defender Will Clarke, who made his return from injury in the reserves last week. This should make for an intriguing battle with Chelt spearhead Josh Fox, who has proved a handful in recent weeks.

The Dogs also lacked the star power of Matty Kreymborg in the front half, with the reigning Ellis Medallist set to miss another week with concussion.

Cheltenham knocked off St Pauls in its most recent clash at the Kennel in Round 15 last year, and with the side currently full of confidence and hunger, an upset is on the cards. However, the wounded Dogs remain one on the teams to beat and should have too much class on Saturday.

Both the Colts and the Dingoes will lock horns for the headspace Cup on Saturday in support of men’s mental health and well-being.

Unfortunately, the quality of the on-field contest may not match the significance of its off-field message, with Dingley set to go in as hot favourites.

The reigning premiers have been supreme in resurrecting their season over the last few weeks and are now in the box seat for a seventh consecutive finals appearance.

Port, meanwhile, may have done enough to avoid relegation, but lack the star quality to trouble the Dingoes, who need victory here to keep the sixth-placed Cheltenham at bay.

A mammoth clash this between two sides eying off that all-important double chance.

Both St Kilda City and East Malvern sit four points adrift of the second-placed Mordialloc, with the former holding onto the sought-after third spot by less than 10%.

City pulled off a surprise last week by knocking off St Pauls on the road, securing their standing as a legitimate premiership contender. They were mighty impressive with their midfield dominance, and if they are able to win a similar amount of outside ball this week, then they will give their bevy of forward targets the best chance to kick a winning score.

For East Malvern, superstar ruckman Chris Carey remains central to their chances of victory. If he can exert an influence in the air, as he has done for much of the season, then the Panthers will go a long way towards winning the battle around the contest, and subsequently the match.

Both teams have plenty of firepower around the ground, but it’s hard not to be seduced by the Saints’ form of late. Either way, this will be a cracking game of footy with little in it come the final siren.

Although finals are still a mathematical possibility for Bentleigh, realistically its hard to see that occurring. Nevertheless, should other results go its way, a thumping win over Oakleigh this week may help keep the dream alive.

The eighth-placed Districts are unlikely to be shifted from this position, and as such, have little to lose or gain from the remainder of the season. That said, coach Phil Harvey will be keen for his charges to finish off the year positively and put in place the foundations for a crack at finals in 2019.

Oakleigh won’t be a pushover and this looms as a hard-fought contest, but the Demons should have their measure here.