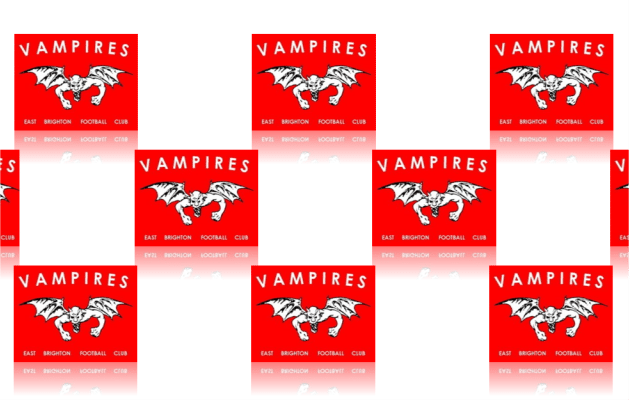 Looking forward to his first season in charge, new East Brighton coach, Peter Larsen has urged supporters to stick with the club as it enters a period of transformation.

The Vampires are aiming to create a stronger feeling of community at the club, and are adjusting to major changes to the playing list. They will also need to adapt to being uprooted from Hurlingham Park whilst a new pavilion is built.

Larsen is confident in his ability to manage a group of young players after the departure of many experienced Vampires, including 2014 premiership captain Ben Douthie.

As a teacher, Larsen says that instruction comes naturally to him and he will also draw on his experience as an assistant coach during his playing days at East Brighton, after hanging up the boots last season.

Larsen estimates that his list will have an average age of 20 to 21 and doesn’t want to place too many expectations on the number of games the group should win this season.

“If we can finish mid-table I think that would be a good result. Having said that, we’re certainly not going to limit ourselves to mid-table if we start to go ok,” Larsen said.

Although looking forward to a return to Hurlingham Park, Larsen believes that playing on the more compact Widdop Crescent ground in Moorabbin will suit his side, and may make it easier to implement his aim to tighten up the backline.

But he concedes there is a challenge to build up the number of players at the club.

“The reserves is still a work in progress. So we might be looking for a couple of Under 19s to play two games,” he said.

This demonstrates the importance of strengthening the feeling of community at East Brighton, from the juniors right through to the seniors.

“We’re trying to put together an East Brighton academy where we actually try and blood good junior talent and try to keep them around the club and give them a bit of an incentive to stay at East Brighton,” Larsen explained.

He also spoke of the importance of the Vampires forming a senior netball team for the first time in 2016, and anticipates forging close ties between the football and netball sides at the club.

East Brighton’s website mentions the club’s desire to get past players more involved, further enhancing the sense of community.

When completed, the new pavilion is sure to provide a much-improved social and sporting hub for the Vampires and their supporters, and Larsen is excited by the prospect.

In the short term his focus is on finalising plans for this season.

Meanwhile, the club has in the last week appointed reigning best and fairest winner Andrew Jansen as its captain for the 2016 season.

Larsen said the experienced defender was the clear-cut choice to lead the team through their transitional year.

“Andrew Jansen has put up his hand to play one more year... He certainly stands out as an on-field and off-field leader,” Larsen said.

"I thought ‘Sparkles’ was probably the most obvious choice (for skipper), even though captaincy doesn’t really come that naturally to him."

Jansen has picked up a couple of best and fairest awards at the club and his experience will undoubtedly assist such a young playing list.

As Larsen summed it up for the supporters: “It’s going to be a good year, probably in different ways, but just stick with us and we’ll be ok.”

Peter Larsen will coach the Vampires in 2016 after hanging up the boots at the end of last season.[/caption]