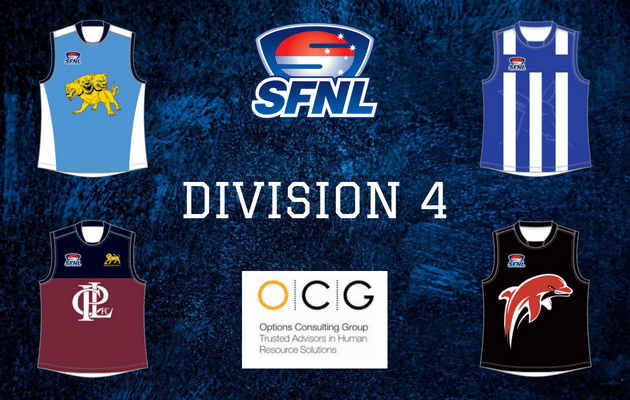 Lyndale’s finals hopes have taken a big blow following a comprehensive 46-point defeat against Frankston. The Pumas headed into the clash having lost their past three games with a win desperately required to keep them in touch with the top four. But it was the Dolphins who came out looking like they had everything to play for, dominating the term with nine scoring shots to three.

The Pumas defence tightened up in the second quarter but they struggled to find any consistent path to goal. With just the one major to their name at the main break the home side was in need of a serious spark to ignite their second half.

But neither side was able to take control of the contest in a dour quarter of footy, as just one goal was scored between the two teams. Trailing by four goals with a crucial 20 minutes to play, the Pumas braced themselves for their most important quarter of the season.

Yet it was Frankston who came out firing, utterly dominating the quarter with 14 scoring shots to two. The Dolphins threatened to wipe the Pumas off the park but dreadful kicking in front of goal meant they had to settle for a 46-point victory.

The visitors had a good spread of goal kickers up forward with Joshua Kerrigan the only multiple goal scorer with three to his name. Regular ball winners Luke Ambler and Joshua Dart were in the thick of things once again, while Jack Franks turned in a solid game.

The shattering loss makes things very tricky for the Pumas now but they cannot dwell on the result for too long. Kane Denmead and Sukhwinder Singh were the better players in a day to forget for the home side.

Carrum Patterson Lakes have returned to the top of ladder following a crushing 128-point victory over Dandenong. In a true demolition job, the Lions battered and bruised the Redlegs from the first bounce in a ruthless display. Whilst many wouldn’t have backed the Redlegs, the way in which they were dismantled by the hungry Lions was frightening for the rest of the competition.

It was all too easy for CPL, especially in the second half where they piled on 12.13 to ensure they left Greaves Reserve with a big spike in their percentage. Of the Lions’ nine goal kickers, six managed to hit the scoreboard more than once with Alex Wilson leading the way with five majors.

The visitors’ bigger bodies and clean ball use was too hot for the Redlegs to handle as Paul Quilty and Matthew Ryan did as they pleased, notching up plenty of possessions.

Following their recent purple patch, the Redlegs have well and truly been brought back to reality after back to back drubbings. Jayke Brown tried hard all day, while Jayke Hopkins can barely do anymore this season and will almost certainly be leading the clubs best and fairest.

Cerberus have announced themselves as serious contenders this season, smashing an in-form Lyndhurst side by 76 points in a stunning day for the club. The Dogs let the rest of the competition know they won’t be making up the numbers should they make finals, a feat that looks almost certain now.

Heading into the clash, Cerberus were primed for a big test with a chance to assess their game style against one of the premier sides in the competition. And they passed in flying colours, tearing the best defensive unit to shreds in a stunning second half.

The home side got off to a positive start in the first quarter booting three goals to one to set the tone early on. Some poor kicking in the second quarter kept the Lightning in the contest, but the Dogs weren’t made to pay as the visitors could not find the goals.

With a handy 20-point lead at half time, the question would be if the Dogs could keep up their good work in the second half. That query was answered shortly after in empathic fashion with the Three-Headed Dogs piling on seven goals to one to slice through the Lightning’s defence.

Having rarely faced this type of onslaught all season, the Lyndhurst defenders were unable to cope as Cerberus headed into the three quarter time huddle with an unassailable 56 point lead. The home side carried on strongly in the final term, notching up three figures to run out big winners in a four-quarter effort.

Jeremy Cross was simply irresistible for the home side, booting seven goals to be the best player on the ground by some distance. There were plenty of winners across the park for the Dogs with Joseph Kura and Dimitri Garoufalis leading the way.

In a rare poor performance, the Lightning never got going and will be hungry to rebound next weekend. Jamie Gaspero tried hard all day and was his sides’ best player.

After a long wait, Moorabbin have gotten back onto the winners list following a solid 26-point win over Sandown at Widdop Crescent Reserve. Both clubs had endured some dark times this season but this clash presented both teams with a good opportunity to boost their spirits.

Following a competitive display against Cerberus last weekend, Sandown once again rolled their sleeves up and started brightly to match it with the Kangaroos in the first half. Both sides traded goals in an entertaining spectacle with the Roos taking a nine-point buffer at the main break.

The home side ramped things up in the third term, slotting four goals to one to extend their lead into the last change. The Cobras threatened to fight back at various stages of the final quarter but ultimately left themselves with too much work to do. The Kangas eventually running out 26-point winners to record their first victory under new coach Michael Perry.

The Roos had a nice spread up forward with ten individual goal scorers finding the big sticks. Dylan Bone and Lee Natsioulas both finished with two goals each, while Christopher Baum’s hot form continued.

Daniel McMahon got on the end of three majors for the Cobras, while Nicholas Morrish and Brendan Robinson battled hard all day.