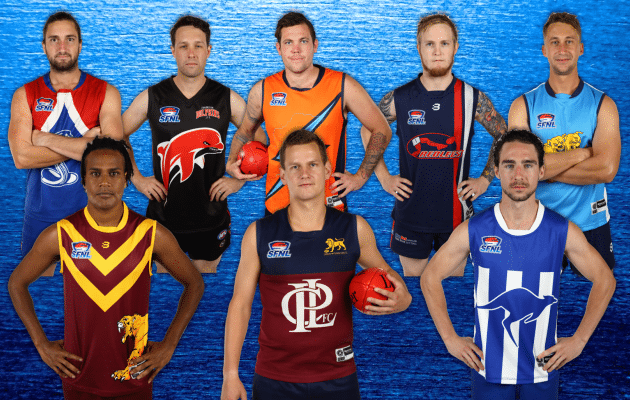 Well, what an eventful off-season it has been for the Southern Football Netball League, highlighted by the reinstatement of a fourth senior football division, the addition of several new clubs and several high-profile players changing colours.

For those who may be unfamiliar, a restructure of the SFNL competition was undertaken following the conclusion of last year’s finals series. This not only assisted the accommodation of new clubs and teams, but also provided existing clubs – and particularly those that have finished in the bottom half of the Division 3 ladder – with a fairer level of competition.

The result of the restructure saw the re-emergence of SFNL Division 4 football for the first time since 1998, with Lyndale, Lyndhurst, Moorabbin Kangaroos, Carrum Patterson Lakes, Sandown Cobras and Dandenong comprising the majority of the competition.

In addition, we welcome back Cerberus into senior divisional football for the first time since 2010. Cerberus have been the powerhouse team in the Thirds competition for several years, competing in the last three Grand Finals and winning the flag in 2016, and we look forward to seeing what the side from the Navy base has in store for season 2018.

And completing the eight-team Division 4 competition are the Frankston Dolphins, who will make their senior football debut on Saturday. Like Lyndhurst in 2016, the Dolphins were previously only a junior entity that has recently established a senior team for the first time, and we are delighted to welcome them into the SFNL. Congratulations to President Mal Lewis and his team for their outstanding efforts in getting their inaugural side off the ground.

The off-season is now behind us and Round 1 has finally arrived, so without further ado, let’s get stuck into a big opening weekend of Division 4 footy!

Round 1 is always a time for optimism, and so it is with Sandown who, after a couple of lean years, will fancy their chances of improving their wins tally this season. So too, Lyndhurst, with the club setting their sights on a maiden finals appearance in just their third season of competition.

The Cobras have endured some tough times in the last two seasons, but with a renewed buzz around Edinburgh Reserve throughout the preseason, they will be out to make a statement in Division 4 this season. However, the natural improvement in the Lightning’s young side will also continue in 2018, and you would expect them to begin the new year with a victory at home.

While Cerberus has been by far the standout team in the Thirds over the last few seasons, it is hard to know how they will fair after making the jump up to senior football. The Dogs have traditionally had some big bodies in their sides and will not shirk an issue, but senior football is a different proposition. They should nevertheless be quite competitive this season, but we will know plenty more about this side come 5pm on Saturday.

CPL, on the other hand, have recruited particularly well through the off-season, snaring Division 2 Reserve MVP Shane Dunn from Keysborough, as well as his brother Jake, which strengthens the club’s key position stocks. Additionally, former Black Rock star Brent Rafferty adds a fair bit of class to the side, and the Lions look, on paper at least, one of the teams to beat this year.

Like Cerberus, the Dolphins are a bit of an unknown quantity, but would no doubt be keen to make an impression in its debut season. In addition to its crop of talented youngsters, the club has bolstered its top end with experienced senior players, including former Mordialloc spearhead Luke Kirkland and Bentleigh veteran Andy Lee, that should make a significant impact at this level.

Meanwhile it has been a difficult couple of seasons for the Redlegs in Division 3, but a new year brings renewed optimism, so expect a much more competitive Dandenong side in the lower grade in 2018.

This is an intriguing match-up, and it could go either way, but I’m tipping the SFNL newcomers to salute on debut in a thriller.

A tremendous match-up between two of the higher ranked sides from last year. Lyndale were the highest-placed of all the Div 4 teams last season, finishing seventh on the Division 3 ladder with a 9-9 record, while Moorabbin finished two rungs below with five wins, so expect big things from both teams in 2018.

New Pumas coach Brett Robinson has brought across several of his former charges from Masala, while livewire forward Shane Thomas moves across from Hallam and big man Alex Kerr returns to the club after a stint at Kilcunda Bass. However, the losses of the Toole brothers (Jordan and Liam), the Rainey boys (Taylor and Shannon), Jake Rech and Mitch Robinson are all significant outs.

It has been quieter on the transfer front for Moorabbin, who showed very promising signs throughout 2017, including an upset victory over South Yarra at home. However, they are a different proposition away from Widdop Crescent and on that basis Lyndale should take the chocolates in this one.