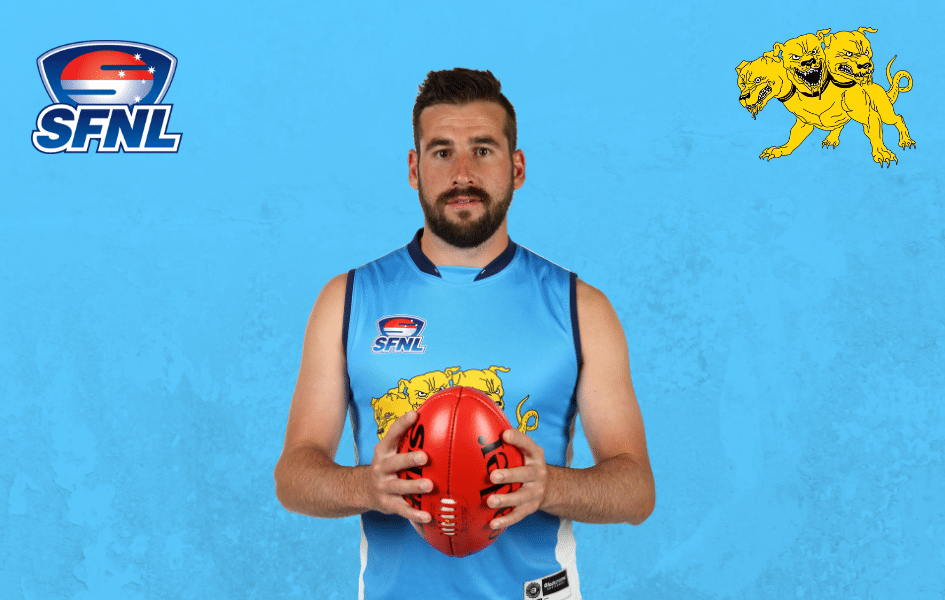 Cerberus have stormed through to the Grand Final in comprehensive style, bossing Carrum Patterson Lakes from start to finish to run out comfortable eight-goal victors. Whilst the Dogs came into the clash unbeaten in their last ten appearances, no one could have predicted the manner in which they dismantled the minor premiers on the big stage.

Looking to rebound from last week’s disappointing semi-final loss, the Lions started slowly once again to put themselves behind the eight ball. Sky blue jumpers were everywhere early on, swarming the men from Roy Dore Reserve with pressure right across the ground.

While the Dogs created plenty of chances in front of goal, for all their effort they only had a 16-point lead to show for it. The quarter time break allowed CPL to reassess but the following quarter was a disaster from their point of view.

Cerberus absolutely dominated possession for the term, holding the Lions scoreless while locking the ball in their attacking 50. Yet for all their domination once again Cerberus couldn’t take full toll on the scoreboard, kicking 2.4 for the term.

Nonetheless holding the best offensive side in the competition to 1.1 after two quarters of football was a very impressive feat.

The Lions needed a spark at the halftime break with their season well and truly on the canvas. And the Premiership quarter certainly reflected that title, as both sides lifted another gear to provide spectators with some thrilling football.

The Lions came out with some improved intensity and looked a lot sharper by foot, which allowed them to finally hit the scoreboard. Their accuracy in front of goal was also crucial, kicking five straight for the term to put them right back in the hunt.

But the Dogs stood tall when fiercely challenged, erasing any doubts by replying with four majors of their own. 29 points to the good with one quarter to go, the Dogs could taste that sweet September success.

And they reaped the rewards of their hard work, the floodgates opening upon resumption with the Dogs slamming through five more majors to kill off the contest and register one of the best victories in the club's history.

Latecomer Jimmy Miller continued his outstanding form for Cerberus, slotting seven goals in a performance that devastated the Lions.

Sam Corcoran stepped up on the big stage with a fantastic performance, while Michael Schwarz continued his fine season with plenty of ball to go with a handy major.

Whilst the taste of victory was sweet for the Dogs, emotions in the other camp were understandably on the other end of the spectrum.

CPL dominated long periods of the season but after it is all said and done, being knocked out in straight sets is all they have to show for it.

Their finals campaign was extremely disappointing, with the side never quite firing on all cylinders like we saw in the regular season.

Mitchell Swinton and Aaron Guy can hold their heads high, both compiling great seasons to go with strong finals campaigns.

The past fortnight will sting for all involved and will no doubt drive the club to go further next season.