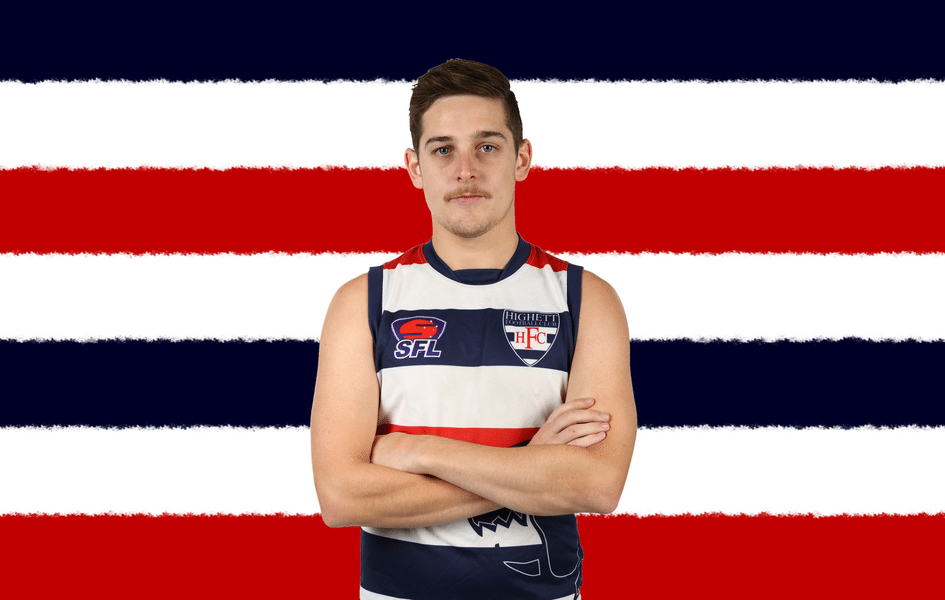 Highett and Keysborough are the winners of the opening round of Division 2 finals with Caulfield the first side to be eliminated, while Murrumbeena will be licking its wounds.

A 16-goal effort after quarter time has spurred Highett forward in the finals race and has given it the shot at a grand final berth, defeating Murrumbeena by 47 points.

After conceding eight goals to three in the first term, the Dogs piled on 16 goals to four the remainder of the game to run out comfortable winners.

Mitch Hoar was outstanding with a six-goal best on ground performance with the likes of Nathan Scott, Tom Brown, Sam Jackson and Brett Collins (four goals) were also impressive.

The first quarter was dominated by Murrumbeena with star forward Luke James putting together one of the best displays you’ll see, piling on six of his side’s eight goals to establish a 29-point buffer.

Highett was able to steal back the momentum early in the second with two straight goals before James Shirley goaled for the Beena.

The Dogs were able to re-establish control shortly after however, booting two more goals to cut the margin to seven points by half time.

Highett made the most of its momentum early in the third, booting two of the first three goals to trim the margin down to two points, before kicking five of the next six majors to lead by 21 points at three quarter time.

By the start of the final term, the Dogs had complete control of the game, and they showed why with four unanswered goals to start the stanza, including two to Hoar.

James booted his ninth in an attempt to get Murrumbeena back in the game, but Ben Hughes kicked the sealer with less than four minutes to go to five his side a memorable victory.

James was the clear standout for Murrumbeena with nine majors, while Jamie Hackett, Jay Bruno and Owen Lewis were also named among the best.

Keysborough advances to the semi-finals after easily accounting for Caulfield at Ross Street Reserve on Saturday to the tune of 61 points.

The Burra booted eight goals in the first and nine goals in the second half to put together a consistent performance offensively.

A hot start from Keysborough saw it boot the first three goals of the game, through Bryan, Tim Werner and Carnelley before Caulfield responded with its first to cut the quarter time margin to 14 points.

Despite kicking the first of the second, the Bears were unable to generate any momentum with Carnelley booting the next two goals as Keysborough kicked five of the seven goals for the term to stretch the lead to 30 points by half time.

Again, Caulfield kicked the first goal in the third term to give itself a sniff, but again Keysborough struck back with three unanswered goals, part of a five-goal term which gave it a 44-point lead at the final change.

The match was well and truly put away within the first 15 minutes of the final term with the Burra booted four unanswered goals, with the Bears earning a late consolation goal.